Ahead of the Big PNE Sleep Out taking place on Friday 15th November, North End boss Alex Neil paid a visit to The Foxton Centre – the charity which will be the beneficiary of all the funds raised for the event. 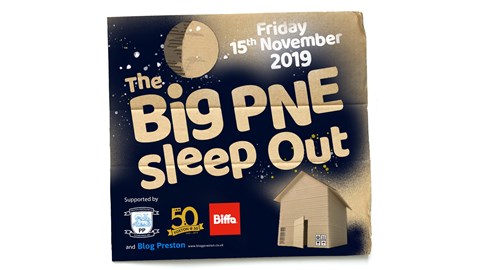 The Big PNE Sleep Out: Everything You Need To Know

The Sleep Out will see hundreds of people bed down for the night in aid of The Foxton Centre while raising awareness of homelessness. There is a £50,000 fundraising target for the Sleep Out, with all monies raised set to be used to buy and renovate a house for the use of rough sleepers in Preston.

💙 Manager Alex Neil spent time at @TheFoxtonCentre this afternoon to find out about the fantastic work they do in the city ahead of tomorrow night's #PNESleepOut at Deepdale.

There's still time to donate to the cause ➡️ https://t.co/rEbKNdCZNL #pnefc pic.twitter.com/CeLyBNmnNa

The manager took time out to see the work of the Foxton, which included learning more about the Housing First initiative, under which the house will be built, providing long-term and recurring support to those who need it.

And it proved an eye-opening experience for the gaffer, who commended the work of the charity having been shown around the centre by the Foxton’s Chief Executive Jeff Marsh and Chair of Trustees John Parkinson.

“I think it’s like anything else, unless you actually go and see it for what it is and being there, I don’t think you’re going to understand the impact it has on some people,” he told iFollow PNE. “Hearing some of the stories and meeting some of the people really opens your eyes to a different life as much as anything else.

“At the end of the day, it’s somebody’s son or somebody’s daughter that gets in that situation, so it was a real, real eye-opener.”

Alex gave his own thoughts on the stigma which can often be attached to homelessness and explained that those finding themselves sleeping rough are often just looking to get back on the straight and narrow.

“I think unfairly for a lot of people, there’s a lot of stigma attached to it [homelessness]. I think people make presumptions about how they live their life and to be honest, listening to some of their stories, you can find yourself in that situation quite easily, through maybe a bad choice or unfortunate circumstances.

“I just think that it’s such a big issue for anybody, particularly through the winter months to be sleeping rough and sleeping outside.

“These types of centres and the people that do these work are so selfless, they put a lot of their own time and effort into it, a lot of the time at their own expense as well to try to contribute and make somebody else’s life better and I don’t think there’s anything you can do better than that really.

“I think these people need hope as much as anything, they need a shoulder to cry on when they need one and just to contribute and help them get back on their feet because they’re certainly not looking for handouts; what they’re looking for is just that little bit of support, so that when they do get there they can then take care of themselves and function as most people normally do.”

With the online fundraising mark having recently surpassed the £30,000 mark, the manager is hopeful that the £50,000 target can be met, but stressed that the awareness which is created from the event is the most important factor for the on-going homelessness issue. 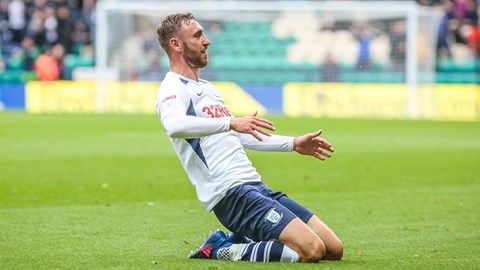 “The Big PNE Sleep Out I think is a fantastic thing to contribute, but I hope it doesn’t just stop there because this is an issue that is going to continue, you can’t just rally and then it disappears. What we’re doing at the moment is raising awareness but equally, it is something which we need to try to eradicate as much as possible.

Those wishing to donate to the Sleep Out appeal can do so either online or by text. To make an online donation, please visit the online Total Giving fundraising page here. Alternatively, text donations of a value between £1 and £20 can be made by texting ‘PNESLEEPOUT’, followed by a space and the amount you wish to donate, to 70085.

For example, to donate £5 via text, please text ‘PNESLEEPOUT 5’ to 70085. You will be charged the amount you wish to donate with standard network rates also applying.

Watch the manager’s full interview from his visit to the Foxton on iFollow PNE.