The Lilywhites’ No.4 has been playing through injury and illness in recent months, but after the international break, he is hoping to step up his performances and help the team continue to push at the top end of the table.

21 November 2019
He has enjoyed the break, but also feels the squad have been managed well when it comes to rest and recuperation so far this season: “For the past six weeks I have been struggling with little niggles and I was ill for the last number of weeks as well, so now I am going to use the next batch of games to get my head down and concentrate on playing the best I can, without any problems with my body or any illness; it will be good to get a good run of games,” he told iFollow PNE.
“Every player is different. You have older players who might need the extra day and then you have lads who might have previously had injuries who have an extra day here and there to make sure their body is recovered and if you are not feeling 100 per cent you put your hand up and miss a session. 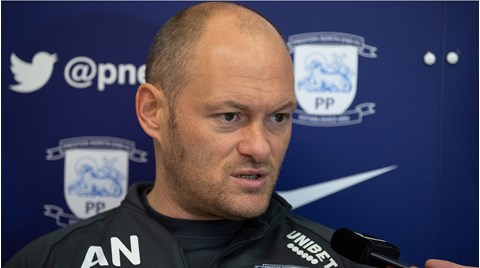 21 November 2019
“The important thing is being ready for the games and everyone is professional enough to know they body and when they need a little breather and it has been better this year, with players understanding what is needed and not being too overexuberant in wanting to get out and train every day, when that is not needed.”
He missed the win over Huddersfield Town through suspension, but has been pleased with his disciplinary record thus far and is looking to continue in the same vain over the coming weeks and months.
“We have had a good start and everyone has played their part. For me, it was disappointing to be suspended for that last game, but these next three or four months give me the chance to get a run of games and get myself going again,” he continued.
“Nearly all of my bookings this year have been for tackles – apart from the Charlton game – which is an improvement on last year.

“The Charlton one was probably a bit naïve of me, but I felt it should have been a sending off and so I appealed. 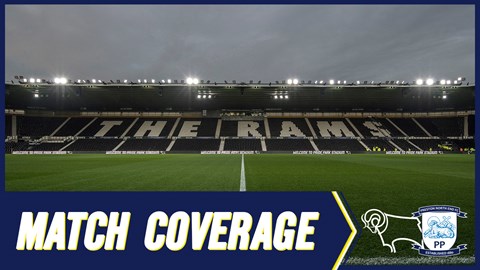 21 November 2019
“I have been pleased with my discipline this year and I need to keep that going and not get slack with it and think I have turned a corner and then it all come tumbling down! The next ten or 15 games I just have to keep doing what I have been doing.”
Pearo will be available to return, if selected, for the weekend’s trip to Pride Park and he is expecting a tough game. And he also believes the arrival of former Manchester United man Wayne Rooney at Pride Park will provide a mental boost come January.
“They have underperformed this year from how they would have liked and on paper it is a good side. There is always a team that is off it and then around Christmas they put a run together and are back up there and I think they will be looking at doing that.
“They haven’t lost too many players. They haven’t got the loans from last year, but other than that, it is a similar sort of squad and it will be a tough game away from home. We haven’t picked up the points we have warranted away from home, but we want to build on our last away performance and try and get another win under our belts.
“I think for Derby [the arrival of Rooney] will give them a mental boost. He adds a lot of quality, but when a player of Wayne Rooney’s quality comes into your dressing room, everyone ups it five or ten per cent and he won’t let anyone get away with not giving their all.
“It is a good signing for them and it is a mental boost, but we need to concentrate on ourselves and keep picking up results,” he added.