25 November 2019
Select Group One referee Jonathan Moss has been appointed for the clash between the Lilywhites and Grant McCann’s Tigers at the KCOM Stadium.
The West Yorkshire official is in his 15th year on the professional lists and has spent much of the last decade looking after some of the biggest games in the country, including the 2015 FA Cup Final between Arsenal and Aston Villa.
All his games until this point of the season have been Premier League games, including trips to Old Trafford – last time out against Brighton & Hove Albion – The Emirates, the Etihad and the Kind Power Stadium. In the ten games officiated he has issued 38 cautions and two red cards.

His first game in charge of PNE came way back in January 2006, when goals from Patrick Agyemang and Claude Davis were enough to give them a home win over Millwall in a season that saw them reach the Championship Play-Offs. 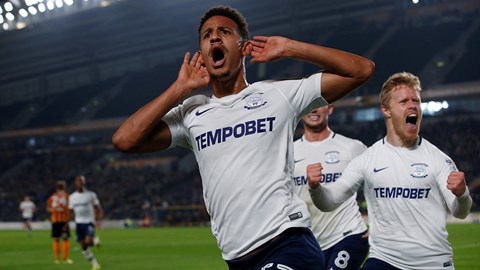 We’ve Met Before: Hull City Away

25 November 2019
Since then he has visited Deepdale five more times, including home wins over Ipswich Town and Wolves, as well as a draw with Bury in the Graham Westley era, when Chucks Aneke, on loan from Arsenal scored the goal in a 1-1 match.
His last PNE game was back in March 2014, when we lost an FA Cup fourth round reply to Billy Davies’ Nottingham Forest. The only game he has officiated the Lilywhites on the road, was also in a cup competition when we lost 2-1 in the 90th minute to local rivals Wigan Athletic in September 2010, Charles N’Zogbia grabbing the third round place for the Latics.
The referee’s first trip to the KCOM Stadium was also back in 2006, a 1-1 draw with Norwich City in February of that year and since then, he has visited Humberside on a further seven occasions, the last of which being a 2-1 home win over Manchester United in the League Cup in January 2017, as well as games at the Etihad (twice), Chelsea, Leicester and Spurs, amongst others.
This Wednesday he will be assisted by Mark Perry and Edward Smart, whilst the fourth official will be EFL referee Seb Stockbridge.