Paul Gallagher recognised the importance of an early goal against in-form Huddersfield Town as PNE beat Danny Cowley’s men 3-1 to stay second in the Championship. 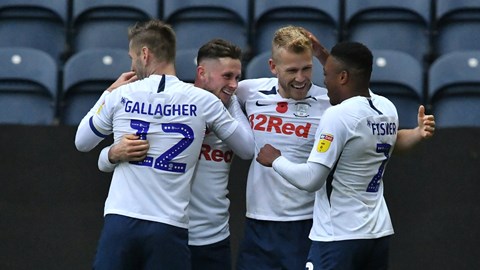 Captain Gally was involved in the fourth minute opener with his free-kick hitting the post and bouncing back out to Jayden Stockley who headed home his first goal of the season.

Alan Browne then doubled the lead 33 minutes in before Gallagher wrapped up a man of the match performance with a 50th minute penalty.

Speaking to iFollow PNE, Gallagher said: “We started really on the frontfoot and we knew if they got the first goal, they’d probably try to sit in and hit us on the counter with the pace up front they have, but we nullified that and got the first goal and we just kicked on from that.

“It’s disappointing it didn’t go post and in! But when Jayden [Stockley] scored, I did have a word and said: ‘Listen, you deserve that for all the hard work you’ve done in training’. He’s been working his socks off to get back into the team and it doesn’t go unnoticed.

“We’ve seen over the years Alan [Browne] ghosting in and nicking a goal at the back stick – a great finish and another player who deserves a goal and it’s good to see him up and running now.”

Those two goals meant Alex Neil’s men went into the half-time break two goals to the good, but PNE were still wary that the game wasn’t over.

Gallagher himself took the responsibility to score just after the interval to calm any nerves, although the Lilywhites didn’t come away with a clean sheet due to Juninho Bacuna’s consolation goal.

Gallagher said: “We probably knew Huddersfield couldn’t play as bad as they did in the first half, it was crucial that we got the next goal and thankfully enough we did. 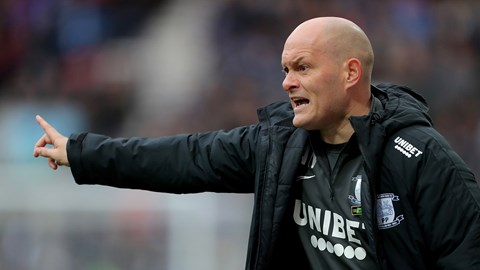 “The only disappointment was conceding the goal and you start getting a bit nervy, but I thought we’ve seen the game out well – we’ve done that well over the last few weeks and game management has been up there. We’re delighted to go into this international break with another three points.”

PNE’s victory looks all the more impressive given the players unavailable to Alex Neil, with Ben Pearson and Daniel Johnson just a couple of absentees.

The international break comes now, though, and gives a few players the chance to regain their fitness and come back into the side.

Gally added: “[The international break is] going to be crucial, getting our players back. There’s some big players that didn’t feature today and in the last few weeks and months. There’s a few players out there playing with niggles, just getting through it giving everything today, like we do every game.

“We’re playing with a lot of belief – not cockiness – belief and confidence and people who haven’t been playing coming into the team, they’ve got that confidence that’s going around the changing room from the players to the staff.

“I thought the supporters today were fantastic as well, very vocal and got right behind us from the first whistle. It’s always nice when you get an early goal to get everyone up and going but I thought we played the game to a man really well.”

The Lilywhites return to action in two Saturdays' time when they travel to Derby County.

Watch the full interview with Gally above.