Preston North End manager Alex Neil will be forced to make at least one change to the side that went top of the Championship for 24 hours last Sunday.

7 November 2019
Midfielder Ben Pearson picked up his fifth booking of the season at The Valley and will miss the clash with Danny Cowley’s Huddersfield Town at Deepdale.
Daniel Johnson, who was substituted in the first half in the 1-0 win against the Addicks will be assessed before the weekend after suffering a kick to his foot in the first half.
Brad Potts and David Nugent both missed the game against Lee Bowyer’s Charlton Athletic, but both have returned to training and will be available for the visit of the Terriers.

Skipper Tom Clarke is nearing a return, after missing the last few weeks with a knee injury, however, Louis Moult remains ruled out for the season after the ACL injury he suffered at Swansea City in August. 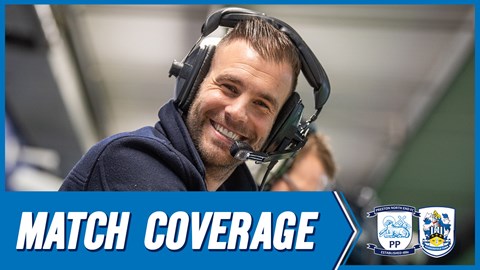 7 November 2019
Like the Lilywhites' manager, the Cowley brothers must also make a change in the engine room for the game, with Huddersfield Town missing Jonathan Hogg for the first time in a Championship game this season, as the midfielder picked up his fifth booking of the campaign in the second half against Brentford.
The Terriers' bosses have a number of options at their disposal to replace Hogg, with Trevoh Chalobah, former Alex Neil player Alex Pritchard - who played under him at Norwich City - and Jon Gorenc Stankovic all options at their disposal.
Meanwhile, defender Herbert Bockhorn remains sidelined, as do Terence Kongolo and forward Collin Quaner, but the squad still gives the visitors plenty of options for the game.