Manager Alex Neil will make a late check on central defender Ben Davies, who was replaced during the second half at Pride Park at the weekend.

25 November 2019
With the clash with Hull City being Wednesday and not Tuesday, it gives the No.6 extra recovery time for the clash with Grant McCann’s Tigers.
If he is unable to return in time, the options for the manager are limited, with Andrew Hughes having fractured his foot against Blackburn Rovers a month ago, but the manager revealed he was making good progress and close to a return.

Jordan Storey replaced Davies at Derby and went closest to an equaliser, hitting the post with an effort late on and he could come into the reckoning to partner Patrick Bauer at the heart of the Lilywhites’ defence. 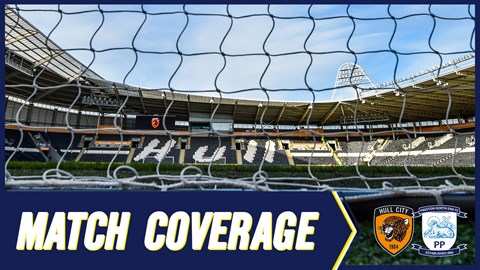 25 November 2019
Only skipper Tom Clarke – who is getting close to a return - and Louis Moult (ACL) are the other absentees of the trip across to the east side of the country.
Josh Magennis is available again for the Tigers, but after bouncing back to grab a deserved draw against ten-man Middlesbrough on Sunday, Grant McCann could go for an unchanged line-up, with the Northern Ireland striker possibly having to be content with a place on the bench.