Manager Alex Neil will hope to recall a number of players for the clash with Slaven Bilic’s West Bromwich Albion on Monday.

29 November 2019
The Lilywhites boss suffered from somewhat a defensive crisis for the midweek trip to Hull City, with Ben Davies, Andrew Hughes and Tom Clarke all missed from the clash at the KCOM Stadium.
Alan Browne, who has filled in at right back this season, was also absent through injury, giving the gaffer very little options to choose from for the game against the Tigers.

He will give all those missing players as long as possible to prove their fitness for the match with the table-topping Baggies, but he does have Josh Harrop back, who returned after a month out on Wednesday night. 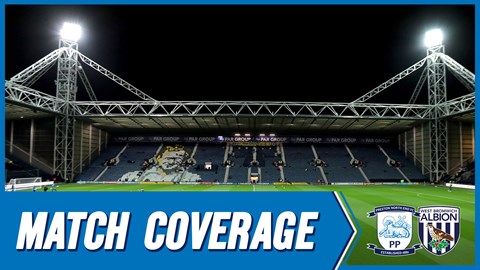 29 November 2019
Louis Moult’s recovery from his ACL continues to rule him out for the season, but with Jayden Stockley and David Nugent both having been included on the bench on Wednesday, there are plenty of options in the forward line.
Bilic made four changes to his side for Wednesday’s 4-1 win over Bristol City, with three players returning from suspension, strengthening the options of the league leaders.