It will be the 107th league encounter between two of the Football League’s founder members, when we play Derby County at Pride Park on Saturday.

21 November 2019
And we are tied with 43 wins apiece in those fixtures since the first meeting in Derby back in September 1888, when the Lilywhites won 3-2 on their way to winning the double in the League’s inaugural season.
Since the Rams moved to Pride Park, our record has been less than impressive. Goals from Dickson Etuhu and David Healy gave Craig Brown’s Lilywhites the points on our first visit in September 2002, but we have been unable to win in the league in 11 visits since.
We did have a successful FA Cup trip, with PNE thrashing their hosts 4-1 in January 2008, Karl Hawley – with a brace, Simon Whaley and a Neil Mellor penalty putting the Lilywhites into the fifth round.
That FA Cup triumph was our biggest win at Derby, our best league success being back in 1935, when North End ran out 3-0 winners at the Baseball Ground in April of that year.

As previously mentioned, we had a very memorable first trip to Pride Park, with a televised Saturday evening trip to Derbyshire in the 2002/03 season. 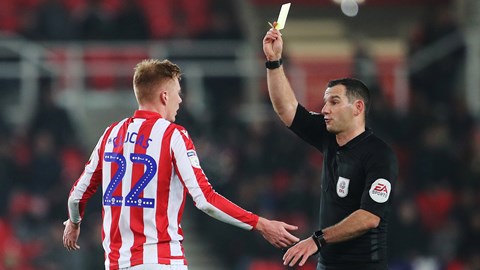 21 November 2019
On the night, County boss John Gregory saw his season continue to be difficult, as North End recorded an impressive first away win of the season.
PNE manager Craig Brown was delighted by his side's performance, with Dickson Etuhu striking in the first half and substitute David Healy adding a second late on.
Derby's fate was virtually sealed from the moment Warren Barton got himself sent off for throwing Richard Cresswell to the ground in first half injury-time.
Derby enjoyed the majority of early possession - but the Lilywhites always posed a threat, particularly in the shape of Ricardo Fuller.
Gregory's side almost got the perfect start in the first minute when Adam Bolder's curling shot was brilliantly saved by Tepi Moilanen, but the deadlock was broken four minutes before half-time as the game expoded into life with the interval approaching.

Fuller created the opener for the visitors, escaping down the left flank before pulling an inviting cross back for Etuhu to steer past Mart Poom. 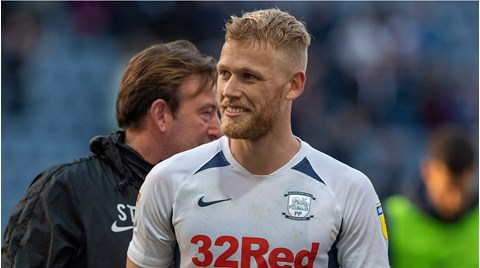 19 November 2019
And Derby's plight worsened when the experienced Barton saw red after an astonishing incident involving Cresswell.
Derby boss Gregory had already made his way down the tunnel to deliver his half-time team talk when Barton reacted to Cresswell's time-wasting by throwing the North End player to the ground.
It was a deserved red card, and Barton's lengthy protests were pointless as he made an early departure to meet the bemused Gregory in the dressing room.
PNE should have doubled their advantage early in the second half, only for the impressive Fuller to lose control with just Poom to beat.
Derby produced little, and it was no surprise when Brown’s men punished them again to seal the points after 76 minutes.  Paul McKenna was the creator, setting up Healy - on for the limping Fuller - for a precise finish past Poom.