Preston North End meet the Huddersfield Town for the 83rd time in the league when they clash at Deepdale this weekend.

7 November 2019
The Terriers have a narrow lead in the head-to-head with 32 wins to the Lilywhites’ 29, but those figures are very different if you only take games at Deepdale.
In fact, here in PR1, PNE have won six of the last seven, with Town winless in this part of Lancashire since 1969, when they came away with a 3-1 triumph.
The first meeting of the sides was a year prior to the start of World War One, with North End running out 2-1 winners in February 1913.
There have been plenty of high-scoring games down the years, with PNE’s biggest win being in March 1947, by 6-2, having also beaten their white rose rivals 5-2 in November 1951 and twice by a 4-0 scoreline in December 1935 and again in November 1974.
The last meetings between the sides came in October 2016, as PNE stretched their unbeaten run in the Championship to five games with a home victory over David Wagner’s men.

The visitors were punished by Paul Gallagher's dead-ball skills for conceding fouls around their box. Deliveries into the box by Gallagher were headed home by Tom Clarke and Alex Baptiste to put the home side on top. 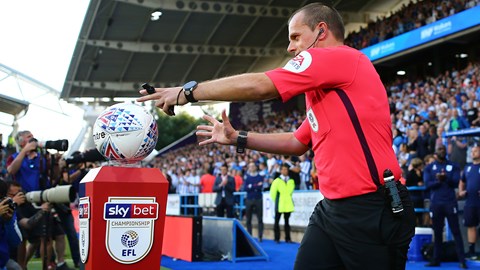 7 November 2019
Another free-kick by the midfielder eluded everyone and beat Town ’keeper Danny Ward and Nahki Wells' header in reply was no more than a consolation.
On boss David Wagner's 45th birthday, it was the first-time former leaders Huddersfield had conceded more than one goal in a league game that season. They remained fourth in the table, but had then lost their last two games.
The Terriers showed plenty of ability on the ball, but only managed one shot on target in the first half. The introduction of Wells and Harry Bunn as substitutes after the interval provided them with a greater threat up front, but Gallagher's goal left them with too much to do as PNE moved up to 13th.
Then Lilywhites manager Simon Grayson said: “Maybe leaving Paul Gallagher out for a couple of games has given a reminder that nobody is safe in the team if others are doing well. Gally, on his day, is as good as anyone in this division with his delivery.
“We knew what a good team they were and we knew that we had to be very good off the ball to stop them playing. Sometimes you win a match with the ball and how you play, but that was as much about what we did off it as well.

“We made them kick it long and not get into a routine. We got the goals at the right time and it was a really strong performance from first whistle to last.”

Terrier boss David Wagner added: “To be fair, the explanation for our performance is very easy, we weren't on the aggression that we normally are.
“If you want to be successful here against Preston you have to be aggressive, especially in the first line to defend the ball and keep the ball. This is what we completely missed.
“In the end, three set-pieces decided the game. But credit to Preston, Gallagher is a great deliverer and unfortunately we were not able to defend these balls. It was a weakness in that game yes, but my bigger concern is that we didn't have our fighting attitude. In the second half it was better, but the first half was not good enough.”