Wednesday’s meeting between Preston North End and Hull City will be the 57th in the league since their first clash back in the 1912/13 season.

25 November 2019
Our first trip to the East coast or Yorkshire saw us take a point from a 2-2 draw back in March 1913, and two years later we picked up our first win, a 1-0 triumph.
Our biggest win on Humber came in September 1992 when goals from Lee’s Ashcroft and Cartwright and a brace from Tony Ellis gave Les Chapman’s Lilywhites a 4-2 success in one of our last games at Boothferry Park.
Since the Tigers move to the now KCOM Stadium, we have played six times and last picked up three points with a memorable late win for Alex Neil’s side in September 2017.

That night it was Callum Robinson who proved the hero, as he scored a late goal to give North End the three points. 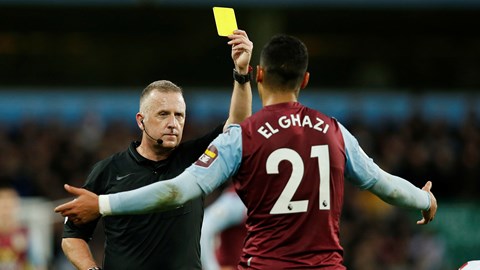 25 November 2019
Tom Barkhuizen had given the Lilywhites the lead when, amid a scramble in the box, he fired home from a tight angle.
City levelled after the break through Jarrod Bowen, who slotted the ball past keeper Chris Maxwell from close range.
But, on the counter, PNE were rewarded with just two minutes left when Robinson headed into an empty net from Daryl Horgan's right-wing cross.
The victory maintained the pressure on the Championship frontrunners, as North End made it seven games unbeaten and were fourth after the result, making it back-to-back away wins.
After the game Tigers boss Leonid Slutsky said: “I say sorry to the supporters because I understand they must be disappointed because we don't bring results, I don't bring results. It's very difficult speaking about a performance when you concede in the last minute and it's not the first time.
“In this situation it's possible to lose confidence because everyone is frustrated now and it's very difficult, because each match is very close. In each match we have chances to win but we can't.
“When you don't win five matches in a row of course you lose confidence. It's a new team and results are important for developing.”
Whilst Alex added: “It was a great result. I thought over the piece we deserved to win the game.

"I had a real decision as to whether I bust the game open with an aggressive substitute or being happy with a point.

“I made the decision to go for the game and they rewarded me by winning the match - one sub creating the goal and one sub scoring the goal.”