It will be the 101st league meeting between the Lilywhites and the Baggies when they go head-to-head in front of the Sky Sports cameras on Monday night.

29 November 2019
After two FA Cup meetings prior to the Football League starting in 1888, as inaugural members, we finally met in that competition with our first meeting in October 1888, resulting in a 3-0 win, then again we won at the Baggies 5-0 on Boxing Day, before beating them 1-0 in FA Cup to give a full first season clean sweep on our way to becoming Invincibles.
Our two biggest home wins came by the same 5-0 scoreline, the second league season, in October 1889 and again in February 1895.
We had an excellent run at home against the Black County outfit in the noughties, with five straight home wins and that included one under the floodlights that was victorious due to one of the best goals at Deepdale in the last 20 years.

It was Patrick Agyemang who scored it, with a stunning overhead kick from the edge of the penalty area as North End beat the Baggies to register their second win in four days. 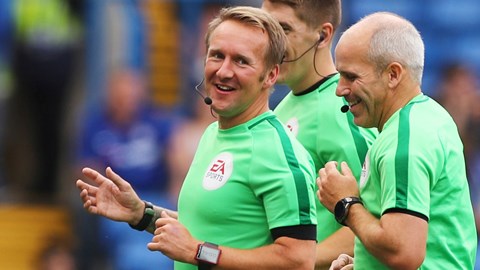 29 November 2019
West Brom were the first to threaten, Kevin Phillips shooting wide and John Hartson heading Zoltan Gera's cross against the crossbar. PNE stopper Carlo Nash saved from Nigel Quashie after the break, before PNE's Paul McKenna dragged a shot wide.
Pascal Zuberbuhler saved Simon Whaley's low strike, while Nash denied Nathan Ellington before Agyemang struck, acrobatically connecting brilliantly with a shot that flew from more than 18 yards into the top corner with the striker facing away from goal.
Then PNE boss Paul Simpson said of Pat’s goal: “It blows your mind away when you see a goal like that. If you are ever going to see a text-book overhead kick Patrick has performed it.
“It's hard to describe that, I don't know where it has come from and I don't know where he thought he could do it. I've seen it on the TV. It's only Patrick who could have the nerve to think that could be done.”
West Brom boss Bryan Robson added: “I can't believe that we've lost the game and not won it. I couldn't ask anything more from the players, we passed the ball well, we created chances and we missed them.
“Agyemang scored a great goal which won them the game, but we should have been out of sight before that.”