Preston North End manager Alex Neil described the 5-1 win over Barnsley as the most ‘complete performance’ since his appointment as manager. 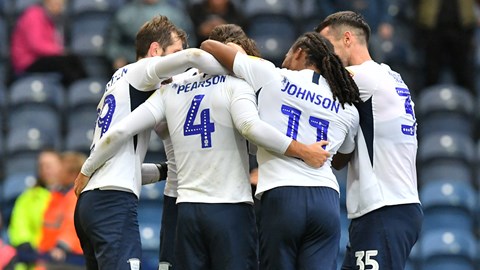 5 October 2019
The Lilywhites blew away the Tykes with four goals in the first half an hour of the second half to make it eight games unbeaten, sitting third going into the international break.
A brace from Daniel Johnson, plus further strikes from Tom Barkhuizen, Ben Pearson – with his first goal for three years – and substitute Josh Harrop saw the side move within a point of league leaders West Bromwich Albion.
Speaking to iFollow PNE after the game, the gaffer was delighted with what his side had put on show: “It was as complete a performance as we have put in since I have been here,” he said.
“It has been coming; at home we have moved the ball very well and created numerous opportunities and the way Barnsley play and defend was ideal for us, in terms of what we are good at.
“I thought how we went about the game and how we wanted to try and apply our strategy, we couldn’t have done it better - other than take more of the opportunities we created - but I thought it was great.
“From start to finish we were totally dominant; the only frustration that I had, was that I thought when we scored the opening goal, we took our foot off the gas a little bit and we got a little bit complacent.
“That then gave them an opportunity from a set play and we didn’t defend it well enough.

“It is easy then to go into the second half thinking we need to force it – the crowd it getting a little bit itchy because we are not winning – but we were calm, we were composed; I thought we moved the ball well. I thought we created so many opportunities and it was great.”

He was extremely pleased with his side’s clinical nature in front of goal after the interval, adding: “If you take our ruthlessness in the first 20 minutes in comparison with the first half, when our chances also came, you are just hoping that it is not going to be one of those days when you create a lot of chances and don’t take them.
“I watched the game between Birmingham and Middlesbrough on Friday night and Birmingham having done unbelievably well were five minutes away from not getting what they should have done.
“I was very conscious of the fact that although I had to vent my frustration at half-time, I had to temper it with ‘keeping playing; keep probing – it will come’.
“We just needed to make sure we were clinical and not start forcing things and getting carried away.

“All the credit has to go to the players, because I thought that to a man they were excellent.

“They didn’t really let Barnsley into the game, we created numerous chances and we scored five goals. The lads who came on contributed well and it doesn’t get much better than that if you are a Preston North End fan.”
He was also full of praise for No.11 Daniel Johnson who added two more goals and two more assists in what the PNE boss already believes is his best season of his career.
“It is the best season of his career so far. He is a quality player. We have altered the way we play to a more possession-based game. We keep the ball more; we are more precise in our passing and he is reaping the benefits of that more than anyone else.

“I think his quality at the top end of the pitch has been sensational and long may it continue.

“He has always had the quality and it was just doing it on a consistent basis and what we are seeing from him this year is a more focused, more determined DJ than we have seen before.
“Confidence plays a big part in that and the fact he is enjoying where he is playing at the moment.
“He is just having a really good time every time he plays and when he goes out onto the pitch he has the belief that he is a top, top quality player – and he is.
“We just need to keep that going. We will have a good break now; the lads have deserved it. Hopefully the fans can enjoy the two-week break when we don’t have a game and get ready for the next batch and then we will go again,” he added.