Alex Neil praised his team for how they carried out their game plan as the Lilywhites earned a 1-1 draw against Leeds United at Deepdale.

Tom Barkhuizen finished off a slick counter attack to give North End the edge with just over a quarter of an hour to go, but substitute Eddie Nketiah pulled one back for the visitors after a free-kick was not fully cleared in the final moments of the match.

But in a tight contest and against a side that for whom he has often reserved praise in the past, the manager told iFollow PNE after the game of his satisfaction with how the players approached the visit of Marcelo Bielsa’s side. 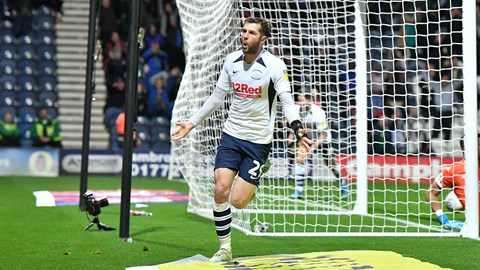 “I thought it was a tough game for both teams,” the gaffer said post-match. “I thought both teams worked extremely hard, it was very tactical in terms of trying to stop each team having any sort of patterns or real dominance within the game.

“For that to be the case, you need to expend a lot of energy and I thought both teams covered a hell of a lot of ground. There was brief openings for both teams and we were just hoping after getting our noses in front, we could have held onto it.

“I felt that the first half, they probably shaded it in terms of probably more half chances than clear-cut chances, and I thought in the second half we had two real clear chances. I think there’s one Tom Barkhuizen puts across the face that he probably should put across slower and Pottsy taps it in, and obviously the goal we got.

“We had a few wee snippets here and there, I think the free-kick [at the end] it just gets faded past the post by Alan. We had our moments but as did they, they got the goal, they had the penalty shout late on which I’m not sure whether was a penalty or not.

“But I can’t fault the players, I thought their effort in terms of carrying out all the work that we did for this game, I thought they did it very, very well.”

Alex was pleased with Sean Maguire’s impact off the substitutes bench to set up Barkhuizen’s opener, and although he was slightly disappointed with the Leeds goal which saw the Lilywhites come away from the game with one point rather than three, the gaffer felt the point was a well-earned one.

“As the game sort of wore on, the game became more and more stretched, you’re looking to work in behind more than actually taking that first one in. 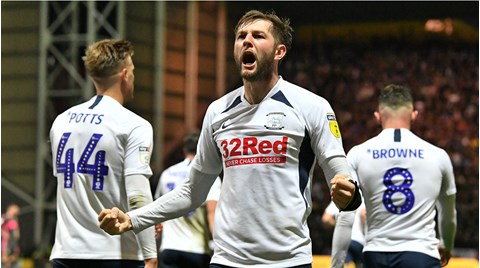 Barky On A 'Good Game To Be Involved In'

“I thought we used Sean [Maguire] well and he did exactly as I would have hoped, which was to impact the game when he come on and he set up the goal. Unfortunately for us, it wasn’t enough for us because we just couldn’t quite hang on.

“I think my biggest disappointment [for Leeds’ goal] is that I’m not sure we need as many players in the wall for the free-kick. What happens, because we surrender a lot of players over here [in the wall], when it does break out and it goes up to the back post, everybody is this side of the pitch [where the wall was].

“That’s probably the only thing I would look at, but it’s a great header, the lad gets up really early, really high and it’s one of them loopy ones where you’re just hoping it doesn’t drop in.

“I think Patrick tries to recover, but it’s a hard-earned point for both teams and it’s one of those games where you come away thinking ‘We’ve done very well tonight’. I think if teams finish up above Leeds in this division, I think they’ll be in the Premier League.”

There’s no respite for North End with Blackburn Rovers next up to play visitor at Deepdale on Saturday afternoon and the manager admitted the players will be in need of a rest ahead of the game.

“They will need a lot of rest after that I think. We’ll look after them, wrap them up and then they need to go again Saturday because it’s a big one for us.”

Watch more from Alex’s post-match interview with iFollow PNE now by clicking the video above.