Preston North End manager is looking forward to coming up against the club who helped him ‘become a man’, when he takes his side against Barnsley this weekend.

3 October 2019
The Lilywhites boss spent four years at Oakwell in the early noughties, racking up almost 150 appearances for the Tykes and he admits it played a bit part in his career.
He also recalls having a role in a big night at Deepdale, when he almost spoilt the celebrations when the Alan Kelly Town End was opened in 2001.
“It feels like a lifetime ago that I was there,” the gaffer told iFollow PNE. “That was my break for getting into England and playing down here. I really enjoyed it – I was young at the time and wet behind the ears, so it was a big learning curve for me.

“I broke my nose in a game where I scored for Barnsley [at Deepdale] – [Mark] Rankine flung his head back and broke my nose; I don’t think I scored that many goals, but that was one of them. I had good times there and that was a big part of my journey of becoming a man.”

3 October 2019
Despite those memories, he will be looking to plot the Tykes’ downfall this weekend and feels they have had a good approach to things over the past few years.
“What they have done is have a strategy over the last few years,” he continued. “I first noticed it when Paul Heckingbottom was the manager; they were signing a lot of young players and then moving them on for profits and churning the next one and going to recruit the next one from a lower level – not too dissimilar to ourselves – and it is something that has been successful for them.
“I am sure, like we have done, they would like to be stable at this level and then make their basis from there. They have got a good idea of what they want to do and have some good young players there.”
And the young group play with a freedom that Alex – who was at their game against Derby County on Wednesday night - says makes them ‘dangerous’ opponents: “I watched them last night and what they played with, was no fear, which is what you get with young players.

“It is sometimes dangerous to play against those type of teams. Because they have got no fear and they will take the ball under pressure and will probe and their rotations are good, they are dangerous, because sometimes people pop up in positions you don’t expect. 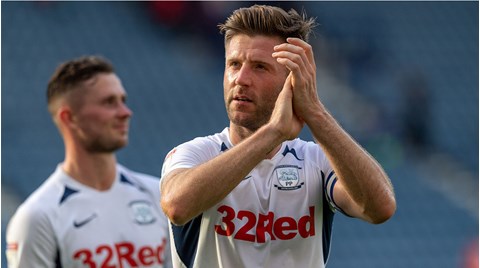 Paul Gallagher Wants To Turn Good Start Into Excellent One

3 October 2019
“That youthful enthusiasm can take you a long way. What they have probably found this season – and certainly in last night’s game – was that they should have been 3-0 up after 20 minutes, didn’t take their opportunities and when Derby’s chances came, they were ruthless – that’s the biggest difference in the divisions.”
The match is the last before the second international break and after five games in 15 days and six since the first break, the Scot feels it will be a big test for everyone in the division this weekend.
“This game is going to be the toughest for all the teams in the league because it is the last in a sequence of six games in the space of a couple of weeks, which is a lot of football, especially given running done in certain conditions.

“It also depends on your style, so if you play with a lot of energy and have a lot of runners like ourselves and Leeds and other teams, it will be difficult. 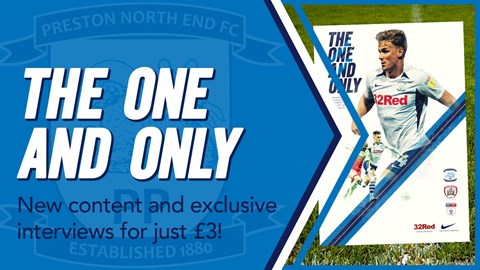 3 October 2019
“The lads will need a bit of recovery after this period, but we want to make sure we finish with a strong positive manner, get a good result and then go into the break in a really good frame of mind and rest up.
“This is going to be a really big game for us, considering our position in the table and the other fixtures this weekend and mentally it will do a world of good for us if we can get a good result,” he added.