Preston North End manager Alex Neil says his side are delighted to have another game so quickly after losing their eight-game unbeaten streak at the weekend.

21 October 2019
The Lilywhites return to action on Tuesday night, when they welcome Marcelo Bielsa and his promotion favourites Leeds United to Deepdale and the manager is happy to be getting back out there.
“Off the back of Saturday, we will relish the opportunity to get back out there,” he told iFollow PNE. “Saturday was a disappointing performance from us. I didn’t think we merited to lose the game – I didn’t think Reading created enough to deserve to win and it was a real sickener and sucker punch to concede in the 98th minute.
“Having said that, what I have always done is separate performance and result. The Result shouldn’t have been what it was, but the performance was well short of what we would expect. I didn’t think we hit anywhere near the heights we are capable of and that is the real frustration for us that we will look to rectify.
“There were some golden opportunities, where they only had once chance and the goal, but we had good chances for Tom Barkhuizen, David Nugent and Ben Davies and on that basis we didn’t serve to lose. We had more possession – which counts for nothing – but we didn’t play to our quality, or standards that we have set this season and that’s the thing the lads will be desperate to get back out onto the pitch to deal with as quickly as possible.

“When you have played poorly, regardless of whether you have won, drawn or lost, you want to get back out and put that right. We have been very good at home so far this season and this, for me, will be the biggest test we have faced so far.” 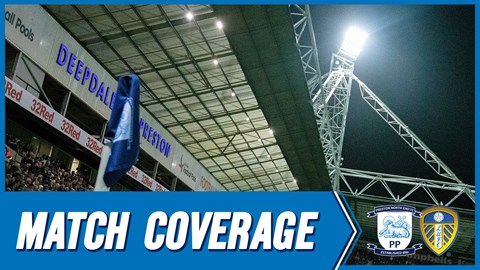 21 October 2019
The visitors to PR1 picked up a 1-0 win at the weekend and come to face North End in the top two, although a win for PNE would see them go above their Yorkshire rivals, however, the gaffer is expecting a tough test.
“They are a good side,” he continued. “Out of the games I have watched they are a good side. Even the games they haven’t won, I am not sure they merited losing the games.
“They have had more possession, more opportunities than the opponents, but for the amount of opportunities they do create, they don’t put the game to bed and that has come back to haunt them a few times.
“What they have done is to lose some quality players at times. [Pablo] Hernandez is very elusive and plays in areas you can’t really pick him up. He is the key if they want to be successful this year, but they have good players everywhere and they are more than capable to winning games without him. 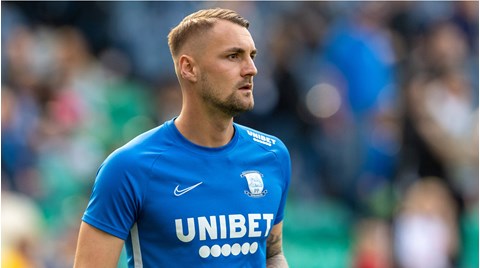 21 October 2019
“[Last season] I thought we matched them to a point. They had the best moments in the game until the red card, but we went toe to toe with them, went after them and that restricted them in the main, they are normally more dominant than that – but the bits of quality in the game, still fell to them until the sending off and after that it was difficult, as our whole plan was to play up against them and when you are man down you can’t do that and when the second went in, we found it tough after that.”
The North End boss also thinks it is a positive when a big away following comes to Deepdale: “It is great when the teams come who can fill the away end, it really does make for an atmosphere.
“The opposition fans get our fans up for it as well and hopefully a performance can get them going and I am very hopeful we can go and put on a show,” he added.