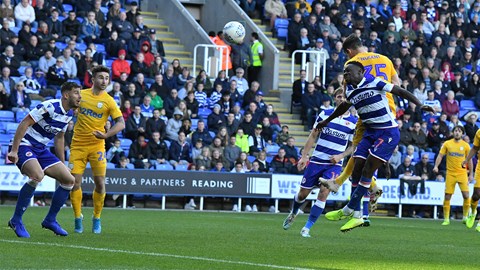 19 October 2019
The hosts won the game when American defender Matt Miazga fired home in the 97th minute from inside the penalty area, when the game looked to be heading to what have been a fair goalless draw.
“We weren’t at it at all today,” said the Welshman. “We were miles off it. On days like that, coming away from home, you have to hold your hands up and take a draw. To lose in that manner is tough to take.
“To lose to the last kick, there is nothing worse, we just have to hold our hands up and go again on Tuesday night.
“It was just one of those games; neither side created a lot of chances, it had a draw written all over it and looking back, we would have taken that and come back with a draw, but we now have to dust ourselves down and go again on Tuesday.”
Hughes returned to the side, having been missing since the win at Birmingham City, and was pleased to get through the game, but unhappy not to have come back with a win.
“I felt alright. I got through the game alright and it was just a disappointment that I couldn’t return and start again with a win.

And the No.16 feels that the Leeds United home game on Tuesday night is just what the squad need to bounce back and get back onto another run, after suffering their first defeat in nine games.
“It is just what we need, especially at Deepdale, under the lights. There’s no better way to put it right than to win that one against a big team on Tuesday.
“It’s exactly what we need. When you lose a game, you are looking to get out there straight away; Tuesday can’t come quick enough for us,” he added.