Preston North End right back Darnell Fisher talks his Rovers free kick, the comeback and looks ahead to the trip to The Valley as he sits down with iFollow PNE.

31 October 2019
The Lilywhites’ No.2 was part of the side that pulled off an impressive comeback against local rivalsd Blackburn Rovers last weekend, but one of the big questions afterwards was, ‘where in his locker has he been hiding his 25-yard free kicks’?!
“I wasn’t going to take [the free kick],” he admitted. “Browney [Alan Browne] called me over and told me to hit it – I do it in training, hitting from that distance, and at least I got it on target, but the keeper tipped it over… I will take the next one if it’s a good distance and depending how the game is going!
“The first half wasn’t too good, to come in 2-0 down. We were 1-0 down after 30 seconds and we got a bit of a telling off at half-time. The next goal after half-time changes the game and we managed to get that and from there we rallied and got the goals we needed.

“We got booed off at half-time and cheered off after the game! It was always going to be a good atmosphere in a derby and Blackburn brought a good bit of fans too and hopefully more will keep coming back and keep the atmosphere like that.” 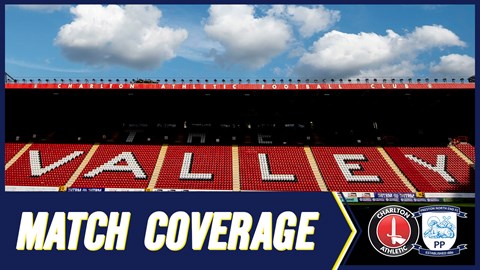 31 October 2019
Next up is the trip to face the Addicks and the defender has been impressed by Lee Bowyer’s side since their return to the Championship.
“It is the old cliché that every game in this league is difficult, and it will be,” he continued. “I have seen a few games of theirs and it will be tough.
“They beat Leeds and took points off Fulham and West Brom, so it will be tough for us, be we will be ready for it. We know it will be a tough game and we will be more than prepared for it.

“Credit to the supporters, who have to get up and travel all the way down at 4.30 in the morning. It will be good to see them in London. They do travel and follow us when we go to London, but they are enjoying it and they should be.” 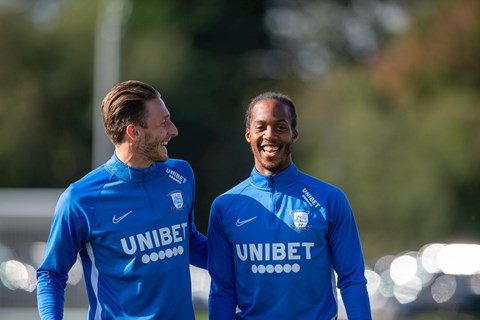 31 October 2019
One thing from the previous Saturday’s three points was the different styles employed to win the game and the Reading-born 25-year-old feels the team must do what they need to in order to accumulate points.
“You need to play differently in every game. It is a long old season and you are not going to be able to play pretty football every week.
“The game against Reading is horrible, but you have to dig in, roll your sleeves up and do what you can to get the result.
“It is good when we are winning and playing well, but we have to do everything that we can, whatever that is, to try and win as many games as we can,” he added.