Josh Harrop believes he can play better on an individual level than he did against Middlesbrough on Tuesday night – despite it being his goal that helped Preston North End to earn a 1-1 draw at the Riverside Stadium. 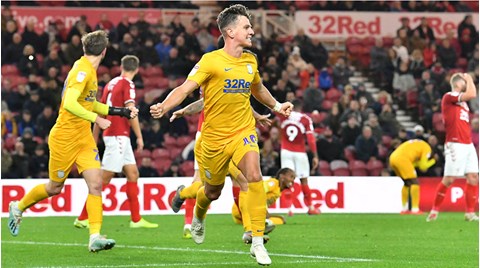 The 23-year-old followed in to tap in North End’s only goal of the game, after Alan Browne’s snapshot was deflected onto the post, but an own goal from Darnell Fisher only two minutes later meant the shares were spoiled in the North East.

And the midfielder felt that was not the only point of the game which reflected unfortunately on the travelling Lilywhites.

“It was a bit of a scrappy game,” the club’s No.10 told iFollow PNE post-match. “We’ve gone [a goal] up and then conceded straightaway, which is unfortunate, but we’ve come away and we’ve got a point so it’s not too bad.

“It’s like a kick in the teeth – you’ve just scored and then all of a sudden, they break and they get one back.

“It is a hard one to take but it’s football and things do move fast and we’ve probably got to be a little bit cleverer in the way we go about it, I know there’s only five minutes left of the half and maybe [we need to] park the bus a bit in that situation.”

Josh also felt North End should have had a spot kick after Tom Barkhuizen looked to have been fouled in the box by Daniel Ayala in the first half. 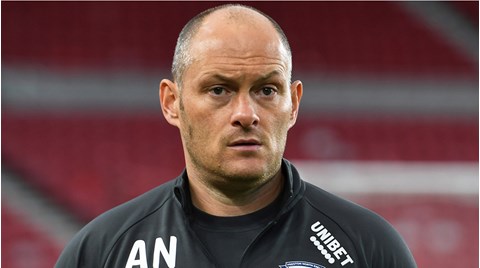 Alex Wants To Continue Racking Up The Points

“I was quite close to it and I thought it was a blatant penalty; he’s got his leg across him and he’s clipped his heel, so I don’t understand why it wasn’t given.

“They [the officials] can’t get every decision right, but that to me was quite a blatant penalty. But you get them and you don’t get them so it’s just a bit unfortunate.”

Touching on his individual display, Josh admitted he was pleased to register himself on the scoresheet once again but stressed this wasn’t his own best performance.

“I was just sniffing for the rebounds and luckily it’s fell to me, it was probably the only thing that fell right in the first half for me, but I’ll take the goal out of that.

“I want to be scoring goals and having impacts on games. Tonight I got myself a goal, I felt I could’ve played a lot better but I can’t play well every game, so I’ve got to take the positives from this game, I’ve got my goal and we’ve got a draw.”

Barnsley will be next to provide the opposition for North End in Saturday’s clash at Deepdale and Harrop is hoping the team can get a positive result from that outing before taking a break from Championship action due to the October international break.

“We’ll recover now, get the rest in and we’ll be fresh to go at the weekend. We want to end [before] internationals on a high, so we want to go to that game and win it at home.

“We’ve been in great form, unbeaten at home so hopefully we can keep that going.”