It has been almost three years since we last saw Tuesday night’s match official, who has taken charge of some of the Premier League’s biggest games in recent years.

21 October 2019
The referee is Kevin Friend, whose last match before the clash at Deepdale was Manchester United’s draw with Arsenal at Old Trafford before the international break.
His last trip to PR1 was in December 2016, when he oversaw North End’s 3-2 home win over Lancashire rivals Blackburn Rovers, in front of the Sky TV cameras, when Daniel Johnson’s brace was key to the win.
Prior to that he was no stranger to east-west Lancashire derby matches – as the select group referee took charge of both of the 2015/16 season’s North End-Burnley games, at both Turf Moor and Deepdale.

He was also the match official for a controversial affair back in the 2010/11 season between the Lilywhites and Burnley, where Darren Ferguson’s Lilywhites went 3-1 up, but saw Billy Jones sent off for taking a mere matter of seconds over a throw in, allowing the home side to come back and win 4-3. 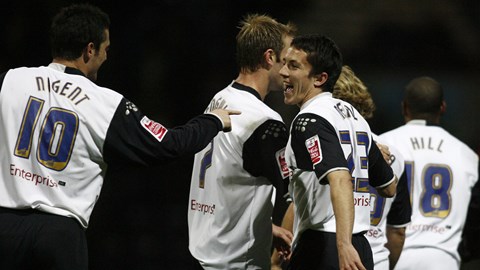 21 October 2019
This then led to a three-match touchline ban for Ferguson after a confrontation with the official in the tunnel, where a brawl had ensued post-match.
However, his last game in charge at Deepdale prior to that was a much happier occasion, when Graham Alexander had a fairy tale ending to his career with his last-minute free kick against Charlton Athletic on the last day of the 2011/12 season.
This will be his 13th game refereeing North End in his 17th season on the professional lists, his first being way back in April 2006; a 2-0 home win over Wolves.
This season he has refereed six games thus far, issuing 27 cautions and two red cards. He will be assisted by Matthew Wilkes and Adrian Holmes, whilst experienced official Andy Woolmer will be the fourth official.