The first game after the latest international break sees a match official appointed to take charge of the Lilywhites for the second time this season.

17 October 2019
The referee for the clash with the Royals will be Dean Whitestone, the Northamptonshire based official, who has refereed nine previous PNE games, going back over a decade.
His most recent was the early season trip to Swansea City, whilst his first was at Bramall Lane, back in October 2008, whilst his moment recent at Deepdale was a goalless draw between North End and Bolton Wanderers on Halloween 2015, a Saturday evening game in front of the Sky cameras.

Two of the most memorable games he has officiated involved PNE were a 3-0 victory at Barnsley in early season – August 2009 – and a 3-1 triumph on the road at Doncaster in October 2012. 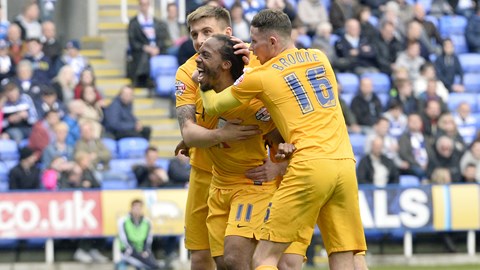 We’ve Met Before: Reading Away

17 October 2019
This is the official’s eighth game of the season, so far having issued 23 cautions, and it is his first trip to the Madejski Stadium this campaign, having not yet taken charge of Reading in 2019/20.
Running the line in Berkshire will be assistant referees Mark Russell and Lee Venamore, whilst the fourth official will be Lloyd Wood.