Preston North End midfielder Paul Gallagher is looking forward to derby day on Saturday, when his former club Blackburn Rovers are the visitors to Deepdale.

24 October 2019
The Lilywhites’ No.12 spent 16 years with the east Lancashire outfit and is well aware what is at stake when the two sides meet in PR1.
“We are very fortunate in this neck of the woods that we have quite a few derbies,” Gally told iFollow PNE. “In previous seasons we have done really well in them.
“Outside of the club there are lots of fans who go to work with the fans of the other team, so it is all about bragging rights.
“As players, we just want to get three points. You have to be wary that it is a derby and emotions fly high, but you have to keep your head and stick to the game plan that the manager gives you – it is a good game to look forward to.

“You understand how much it means to yourself and the club. You want to win every game, but when these derbies come along, there is a lot on the line and you want to come out the right side.

24 October 2019
“I have been fortunate enough to be involved in some positive results and I am looking to try and get another one at the weekend.
"I have always had a bit of stick! I remember the season where I came on [at Ewood Park], slid a ball in and they ended up going down. I got a lot of stick off my friends because we scored right at the end from one of my passes, but I had a long time at Blackburn from nine-years-old until I was 25, so I had a big affiliation with the club.
“But times move on, I have been here a long time now and my main aim is to help get us as high as we can.
“The derby games are brilliant, but my family are a bit divided because of where came from and where I started, but for me it is just business for me and I want to go out and get the three points.”
If he gets on the pitch against Rovers, it will be the former Leicester City man’s 250th league appearance for PNE and he is also closing in on joining the elite 300 clubs, of players who have played three century’s worth of games for the club, but he says just doing his best is his focus.
“I don’t look at those things,” he continued. I just want to play every game that I am available for. I have had really good times here, I have enjoyed every minute of it.
“Coming back, as I did, never phased me. I wanted to come back, because it hadn’t gone as well first time and for me, as a person, coming back I wanted to stick my chest out and show I am a good player.

“I have been here a number of years now and I have always felt I have got better with age. 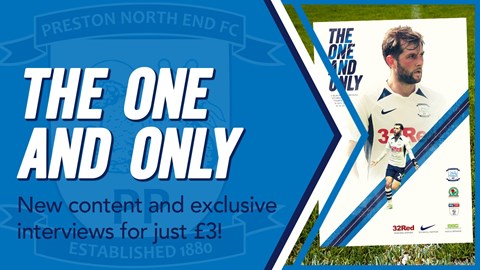 24 October 2019
“The club have always gone on and done better things and I am just happy to be part of that and am proud to be part of it.”
The game comes with five points covering the top ten teams in the Championship and Paul says it could be anybody’s season and he and the North End squad are concentrating on trying to accumulate as many points as possible.
“It is wide open. This is the one season I have looked at it and thought ‘anyone could win it’.
“In previous seasons we have had teams like Wolves and Newcastle who have run away with it, but this season it is so close that if you put back-to-back wins together you can catapult yourself to the top of the league.
“It is interesting and exciting and that is why everyone loves this division - it is wide open. Even the game on Tuesday night, I thought Leeds were a really good outfit; they played with a good intensity and we did really well to stay with them and go toe to toe with them.
“It was a fast game to watch; I was tired on the bench! It was a great atmosphere as well and hopefully we can repeat the same on Saturday but come away with three points.
This next one should be a good atmosphere. You see that the supporters bounce off each other and then the players react to that and you end up having a good game.
“Coming now to Blackburn, they have just come off a defeat, so they will be looking to put things right, we want to keep our home form going and we want to try and get three points to push us closer to the top two, so it has the makings of a really good game.
“The games I have played against Blackburn, I have really enjoyed. I have been on the side of some really good results, but they are in the past, it is about the present and I am looking forward to this one and hopefully we can come away with the three points,” he added.