Preston North End travel away to face the Addicks in league action for the 34th time this Sunday lunchtime.

31 October 2019
Overall it is the 67th league meeting between the teams, with the Lilywhites well in front in the head-to-head, with 32 wins to Charlton Athletic’s 21 thus far.
Our first trip to The Valley in the league was way back in January 1930, when the side’s shared the points with a 1-1 draw, however, PNE didn’t have to wait long for their first win, with a 3-1 success in November of the same year.
Our biggest win at the home of Athletic came in April 1955, when we came away as 4-0 winners, although our last trip there was almost as big a margin, Paul Gallagher scoring twice and Daniel Johnson adding a third in a 3-0 win; Alan Browne the only other survivor in the current squad that was in the starting line-up that night.
Our look back today, however, came a few years prior to that October 2015 success, when Alan Irvine’s side grabbed a vital win as they looked to retain their Championship status.

And it was North End striker Chris Brown who scored a goal in each half to earn his side a vital victory. 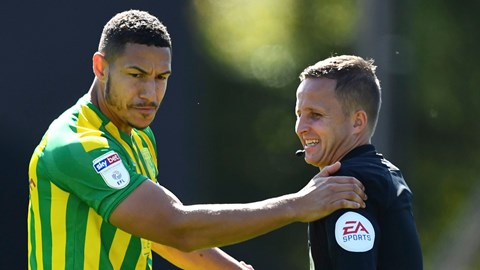 31 October 2019
On loan fellow frontman, Tamas Priskin, shot wide as PNE began well and they were rewarded with a goal when Brown was played onside by the injured Sam Sodje and fired home.
Leroy Lita had a shot blocked for the hosts before future PNE loanee Paddy McCarthy scrambled in an equaliser from close range, but Brown won it with a superb turn and finish from eight yards out.
After the game, then Addicks manager Alan Pardew said: “We have let our fans down. They have vented their frustration and so have I in the dressing room afterwards. We looked like we lost our way which is not something I expect from one of my teams.
“We've upset our fans and we've upset ourselves. We'll be in on Sunday to get this out of our system. They were due to have the day off but they are hurting and I don't want them to sit at home and mope about it.
“The crowd were not particularly patient and unfortunately some of our players didn't react well to that. They looked to play the cheap option and hit it long.

“We were on our heels and were being dictated to by a side who played well. We were quite rightly booed off. Preston deserved to win, but we have to go out on Tuesday at Burnley and prove that we are better than that.”

Whilst Alan Irvine added: “We thoroughly deserved it. The players know their jobs and are working hard for each other. We are hard to beat and break down and that gives you a platform to go and win games. We drew at Watford, won at Leicester and won here and we have been good value for those results.
“I looked at the fixtures and thought 'how are we going to pick up points from these games?' So I am obviously absolutely delighted with the haul we've managed.
“It's a massive three points, but sadly it's not finished yet. We need a lot more and hopefully after taking this step forward we don't take one back.”