Preston North End manager Alex Neil is expecting Middlesbrough to be fired up ahead of Tuesday night’s clash at the Riverside Stadium.

30 September 2019
Boro lost 4-1 at home to Sheffield Wednesday at the weekend and having watched the game back, the PNE boss expects to face a different side when the game kicks-off in midweek.
“I have watched the game and they conceded two goals from set plays in the first few minutes and when that happens it is frustrating and difficult to deal with – it was very similar to ours at the weekend, with two goals from set plays,” he said.
“The game didn’t merit the goals at that point, there wasn’t a lot of play that made you think it was coming, but from that point on it makes it really difficult, because do you go all guns blazing to get back into the game and leave yourselves vulnerable or do you try and build yourself up into the match. In any game as a manager, that is always your worry.
“There is not a lot in the match, but then it goes bang, bang, bang and the next minute you are out of the game.
“It was quite a bizarre game, because I thought the ball was out of play a lot in the first half and then when Sheffield Wednesday got opportunities, they had three shots and scored three goals.

“I am sure they will be hurting from that; I am sure Jonathan will be looking and thinking ‘we need a reaction, a response’, but equally we our own intentions and things we need to do in terms of trying to win the game.” 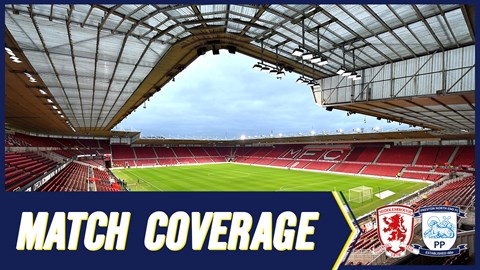 30 September 2019
Due to the chance that Jonathan Woodgate could change his side or his formation, Alex believes it is a game where his side must concentrate on their own plans.
“The way we have approached this one is to concentrate on what we are going to do,” he continued. “As a manager I am not sure what Jonathan is thinking, but I have been there before myself when you come off the back of a home defeat and you wonder whether to give the same players another go to reconcile what they have served up in the last one or do you change it because of what has happened or change it because the opposition you are going to play.
“It is a really tough one and what it is does for us is to make it difficult to know how they are going to play and who is going to play, so we have focused on what we are going to do and once I have their team, that will give me a rough idea of how they are going to play.”
Reflecting on his side’s last trip to Teeside, whilst it has some good memories for the gaffer, he doesn’t want to see another performance like the one that ended in a 2-1 win back in March.

“They were far better! In the first half we were really fortunate it was only 1-0 at half-time, it probably should have been three. 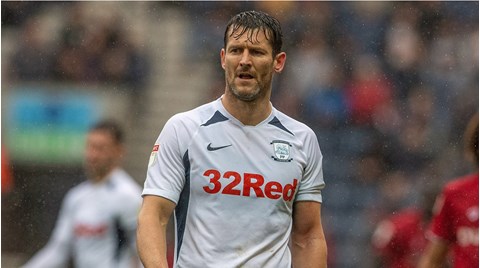 30 September 2019
“We didn’t perform well; I went with a different shape and it didn’t work and I had to make a change at half-time.
“We got ourselves back in the game after half-time - it was much more even before the red card – and then the sending off changed the game. Paul Gallagher stepped up and put on in the far corner and then Jayden Stockley came on and got us the winner. It was a great night, but if I am being honest, it wasn’t by design, because we didn’t perform anywhere near the levels we wanted to.
“It was one of the rare occasions since I have been here that we have played that poorly and managed to nick three points.
“It was fortunate and I was pleased, but first and foremost I look at the performance and we know we are going to have to play a lot better than we did in that game,” he added.