Preston North End manager Alex Neil is expecting a big test from in-form Bristol City when Lee Johnson brings his side to Deepdale this weekend.

26 September 2019
The Lilywhites’ boss is expecting a visiting side full of confidence, but so is his own team, having gone five games unbeaten, moving within a point of the top of the Championship table.
“They are a strong team,” said Alex. “They have been in and around the Play-Off positions for the last few seasons and, like ourselves, have just fallen a bit short at the final hurdle.
“I am sure they will want to go one better this year. They gave started the season well and are a difficult side to play against.

“Our record has been good against them, but a lot of the games have been very tight, there has not been a lot between the teams.

26 September 2019
“They have spent a lot of money and with that comes an expectation of doing well and they are a good side.
“As their form suggests, it will be a really tough match for us. They will come here full of confidence and we need to go and try and play as well as we possibly can.”
The Robins lost summer acquisition Benik Afobe through a season-ending ACL injury, something the PNE gaffer says will be an area they can cope with, due to their strength in depth.
“I think [losing Benik Afobe] is a big blow for them and I am sure Lee will be feeling the same way,” he continued.

“When you have a key player – and Afobe has done it at this level for a long time – you are gutted to lose them. 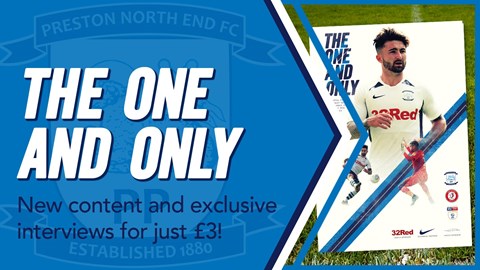 26 September 2019
“He is a very effective player; he can take the ball in, he can run beyond it and that will be very frustrating for them, but they do have good numbers at the top end of the pitch.
“They have options there with however they choose to play, but I am sure they will be disappointed they have lost him.”
Another test for PNE will be dealing with City’s 3-5-2 formation, something they switched to after the season got underway.
“It must have been in Lee’s head in terms of switching to that. When they went and got Ashley Williams in, he slotted into the middle of the three, but that lost [Nathan] Baker last weekend, so they could revert back to a four or play 4-4-2, which they have done before, so we will be prepped for every eventuality.
“We just need to focus on how we are going to play – whatever Bristol choose to do, we will deal with that on the day,” he added.