Preston North End manager Alex Neil is expecting a difficult task when his side face Thomas Frank’s Brentford at Deepdale on Saturday.

12 September 2019
The Bees picked up a convincing 3-0 home win over Derby County before the international break and will arrive full of confidence, however, as the PNE boss points out, his side have also been in very good form.
“The best way I could describe Brentford would be ‘dangerous’,” he told iFollow PNE ahead of the clash. “They are the type of team that at any given moment in the game, are capable of producing a goal.
“They have got quality players throughout the pitch and they are a difficult team to play against. It is a shape that is not widely used in this league and it can be difficult to get a handle on if you don’t do it properly.
“We have always had difficult games against them. At home we have quite a good record and the first defeat was at their place at the end of last season and they deservedly beat us, so it is going to be a tough match.

“We know we have our work cut out, but we want to go and play as well as we have recently and if we do that, it will give us the best chance.” 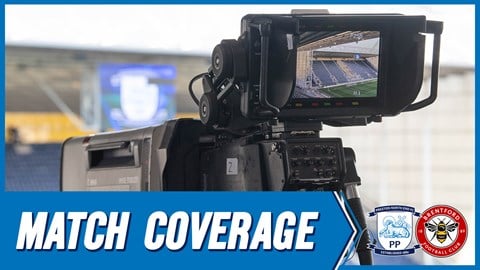 12 September 2019
There has been a turnover of players at Griffin Park over the summer, with some big money departures and equally some large figures spent on incomings.
“They recruit well, from the continent as much as anywhere,” continued the North End gaffer. “And they use that system of brining them in, developing them and then punting them on and they invest a lot of money in that.
“They do it well and they pick players who are suited to their style. I worked with Sergi Cános before at Norwich and he fits the bill for them perfectly and that is a good example of the types of players they go and recruit and fit into how they play and work.
“They have made some good domestic signings as well. There has been a lot of churn. Thomas inherited Dean’s team – albeit he was part of the staff at the time. But what he has looked to do this year is to try and put his own stamp on it and as a coach that is always a good way to go, to get the players you want to do the job you want them to do and I am sure he’ll be happy with his recruitment and the squad he has got.”
Alex explains that the Bees pose different problems to manager teams in the Championship, but he has a side who play with no fear, irrespective of opponent.

“There are more dilemmas across the pitch. It is more about decision making from players as much as it is tactics this week. 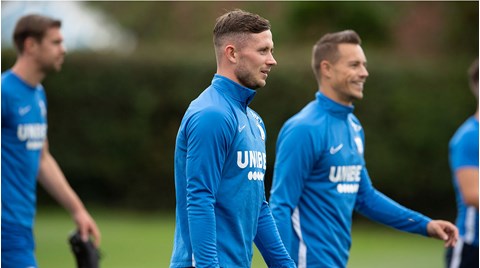 12 September 2019
“I would argue that most weeks it is about how we set up and who is going to go and when they are going to go, but this one is about being smart on the pitch, understanding the spaces, knowing when to go, when you can affect the ball and when you can’t because they are such a dangerous team and if you get that wrong, it can cause you a real problem.
“But we are very hopeful we can go and do well. There shouldn’t be any fear in any of the games we play. We want to go and try and win every game.
“Brentford are good team, but so are we. I am really looking forward to it, I think it will be an entertaining match and I just hope the players play as well as I know they can,” he added.