Alex Neil pointed out how his side had excelled in both sides of the game in earning a first away win of the season with a 1-0 triumph over Birmingham City at St Andrew’s. 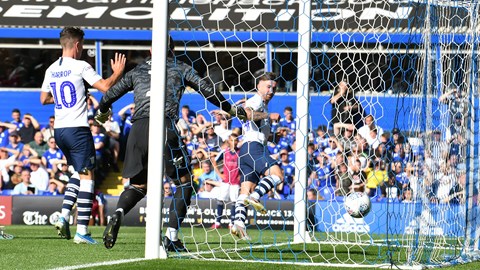 The North End manager said that goal was just reward for a dominant first half display, but when speaking to iFollow PNE post-match, Alex also spoke of his satisfaction with how the team held out defensively to secure all three points in the second half.

“It’s always going to be a tough game here,” Alex told the club media channel. “Their pitch is six yards shorter than ours in terms of width, so in terms of trying to open up the pitch and move the ball, it’s really difficult at times.

“First half we dominated the game and had the better opportunities; I thought we had a blatant penalty down the left hand side with Sean [Maguire] which we didn’t get.

“I thought we had another penalty shout in the second half on the left hand side of the box we didn’t get, so that was frustrating not getting one of those two shouts.

“I thought the goal that we score, the movement to get there, to get Sean on the half turn in behind the midfield was excellent. Gally produces and Sean taps it in which is great.

“You’re going to have to do both sides of the game and you’re going to have to do them well. I thought our first set of patterns and movements to get in behind and hurt them worked great first half, but then in the second half your full backs naturally are a little bit more reluctant to get up the pitch, which means it’s harder to get the ball moving at the back, which was the reason we didn’t really dominate the ball so much.

“But we’re winning the game at that stage and I actually thought second half we were getting into more dangerous areas and our final ball let us down on a few occasions, I thought we probably could have put the game to bed second half.”

Andrew Hughes and Ben Pearson were among the four changes in the North End side from last weekend’s win against Brentford, with Paul Gallagher and Josh Harrop the two others back in the starting fold. 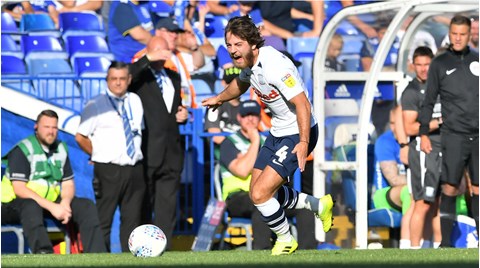 Pearo On A 'Positive Day'

And the manager explained that Hughes’ and Pearson’s return were key, with the inclusion of the former at the expense of Joe Rafferty proving a challenging decision nonetheless.

“Joe Rafferty has been excellent for us and that was the hard call for me today because he’s done very well. But looking at Birmingham, I’ve got to try to put out the team that I think’s best suited to win.

“Hughesy’s height was really important today, particularly with the fact that DJ plays at the 10 rather than Alan [Browne], because then we lose Alan’s height as well. If Hughesy doesn’t play, for set plays we’re going to be vulnerable because we’ve only got Ben Davies and Patrick [Bauer] who are really big, strong and tall.

“To be fair, we’ve got a great set of lads and it’s a squad game, they’ve rotated quite a lot of players dependent on their position and they’ve not let us down.”

Next up for North End is the visit of Manchester City, who come to town on Tuesday night for the third round of the Carabao Cup – the Citizens current holders of the trophy.

“It’s going to be a tough match, we know that, but the end of the day it’s exciting for us – we’re going to go and play against some of the best players in Europe at the moment and see how we get on.

“We’re not scared of anything, we’ll go and try to give our best and see how we go.”

Watch the manager’s post-match thoughts in full now by clicking the video above.