Patrick Bauer was pleased to score his first goal for Preston North End as his header helped the Lilywhites to claim a point in the 3-3 draw against Bristol City at Deepdale. 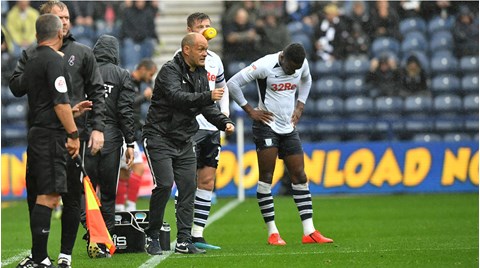 Alex Neil’s side had recovered from going two goals down inside the first half, with Bauer’s 72nd-minute header proving an important equaliser after Nathan Baker’s close range finish had seen the visitors retake the lead on the hour.

And the defender admitted it was a good feeling for him to score – toweing above the defence to nod in Joe Rafferty’s cross – particularly with it earning the team a point to extend their unbeaten run in the Championship to six matches.

“It’s obviously disappointing – after half-time we scored an equaliser and then we conceded again, three goals after set plays and we have to defend it better to be honest,” he said. “But I was happy to help the team with my goal, but all focus now is on Tuesday.

“We are working for this at the training ground, it’s just about attacking the ball and the boys, to be fair, they put brilliant crosses in.

“Six games without losing is good, but we want to keep going like that – we don’t want to lose a game. We focus on getting the three points each game and that’s what we are doing.”

And the German defender said despite a disappointing first half the team were ultimately pleased with earning a point. 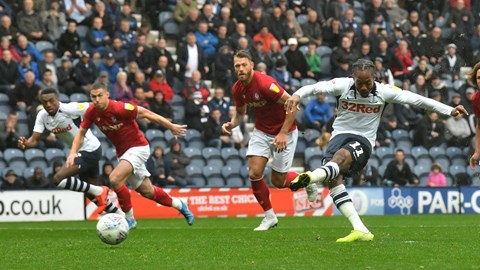 “We went 2-0 down early on, I think the boys showed a good reaction to still get a point from the game,” he added.

“I think we are disappointed to concede three at home; if you score three goals at home you should normally win the game, but it wasn’t meant to be today. We focus now on Tuesday and hopefully we can get three points there again.

“To be honest, the boys complained about it but I didn’t really watch it back so it’s difficult for me to tell.

“It was before half-time, so we went 2-1 into half-time so the gaffer spoke about what we had to do better. I think second half, we played much better and, in the end, we are happy about the point.”

Next up is a trip to the Riverside on Tuesday night and Pat said attentions have already turned to that game.

“We are looking forward to it, [it’s a] short recovery but the gaffer will make sure that the boys will be ready on Tuesday.”