Preston North End midfielder Daniel Johnson is delighted with the award of Sky Bet Championship player of the month for August.

12 September 2019
The Lilywhites No.11 scored four goals and assisted three more in the first month of the campaign and speaking after receiving the award, DJ told iFollow PNE that he is enjoying the more forward role he has been given by manager Alex Neil this season.
“On a personal level I am happy to get the award, but without the boys this wouldn’t have been achievable, so credit to them as well,” he said.
“I have been really pleased with the start of the season, but there is still a long way to go; hopefully I can keep this form up and continue to help the team.
“I like to play in that position higher up the pitch, where I can contribute with assists and goals.”
The next test for the man in the No.10 role and his team-mates is Thomas Frank’s Brentford and he is expecting a tough test: “They are a good team and we know what we are going to come up against on Saturday. They play a possession-based game and they like to keep the ball and I think they are the kind of team that you can’t lock on to all the time,” he continued.

“We’re a team that wants to press and get the ball as quickly as possible, when you lose it, but with them, you can’t always do that as you can be picked off, so it will be a bit of cat and mouse on Saturday and hopefully we can get the better of them and get a good result. 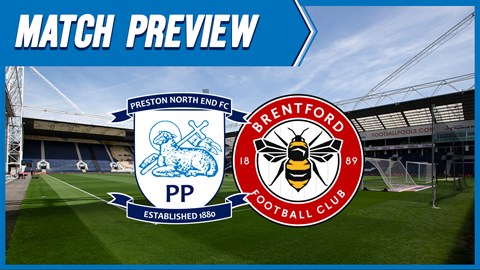 13 September 2019
“We started on fire in [last year’s game] game, got a couple of early goals, but we always knew that the second half was going to be a bit of a test, but lucky for us, we got the fourth goal and put the game to bed and we will be looking to go out and put another good performance on this weekend, score a few goals and keep the back door shut.”
The game is the first after the international break and could also see a bumper crowd at Deepdale and the team are targeting the next five league games as another chance to put a marker down and progress.
“We are all looking forward to the game and it would be lovely if we can get a big crowd on, get right behind us and spur us on to do really well.
“We know what we can produce and if we are at it every game, then I am sure we will pick up points. We just have to continue doing what we have been doing and come the middle of the season, if we can continue this form, then we can kick on from there.
“The break sometimes helps you to give the boys a rest, because we play a lot of games in this league and they come really quickly. This break has done us really well and we are now back in, looking sharp and we will be ready for Saturday,” he added.