Alex Neil highlighted the importance of his players remaining patient as they earned a fourth home win in a row in the Championship by beating Brentford 2-0 at Deepdale.

Although Seani Maguire put North End in front as early as four minutes in, it was a tight game that followed for the most part at Deepdale, with few chances for either side before Tom Barkhuizen doubled the Lilywhites’ lead 20 minutes from time. 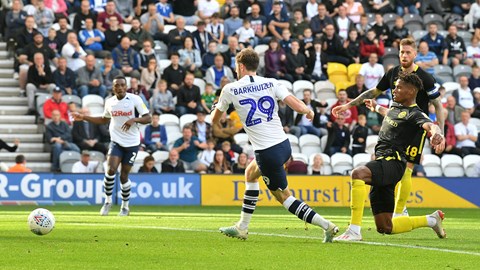 The manager admitted that he was always expecting a difficult task in facing Thomas Frank’s side and told iFollow PNE of the balancing act required in setting up his side at both ends of the pitch.

“I thought we had to be patient at times,” said the manager. “At the start of the game, we wanted to get on top of them and blitz them and I thought we did that.

“I think the only disappointment was after that, we had two or three really good opportunities down the right in behind them and we probably should have scored again, we didn’t make the best of the opportunities.

“I thought Seani should have had a penalty in the first half as well, which we didn’t get. We knew that after probably about 30 minutes when this pitch starts to open up, they were going to cause us a bit of issue.

“We didn’t want to drop our two wide players back and then basically you cant apply any pressure at the top end.

“We tried to be brave and make sure that at times they were going to work the ball into the wide areas and get down into the flanks, but we wanted to defend our box well.

“What it allows us to do is when we do clear our lines, in transition, we’ve got players in good positions to counter. In these types of games, it’s always going to be a little bit of, ‘They have it, how much they can hurt you?’ and ‘We have it, how much can we hurt them?’ Thankfully today, we hurt them far more than they hurt us.”

Seani Maguire returned to the side to open the scoring and the manager added that the Irishman finding the net in the manner he did was atypical of the striker’s game. 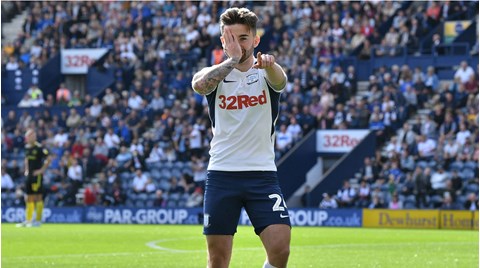 Seani Delighted To Be Back

“It was no surprise – he’s done great this year, particularly off the left, and those inside runs from out to in are his bread and butter really.

“It was a good goal and a great way for us to start the game. Brentford are always going to have spells, they’re a good side.

“Tactically, they’re probably one of the hardest to come up against in the league because of how they play – you can’t really lock onto them and you need to give somewhere in the game.

“I think certainly [judging] by the scoreline, albeit it might be frustrating because of they way it looks, it was certainly the best way to go about it. My job is to try to find the best way of winning the game.

“It’s not always pretty, it’s not always easy, but at the end of the day my job is to try to get three points and I thought the lads did exactly as they were asked very, very well today.”

And with the fine start to campaign continuing in the same vein, the manager spoke of some of the differences between his team from this season and last.

“The difference between last year and this, and I spoke about it at length last year, I think this year we’ve got guys really coming of age.

“Now we’ve got a group and a set of lads that have got quality, they’re starting to get that experience now and knowing how to win games and I think we’re doing well. That’s the be all and end all and we’ll move onto the next one now.”

Watch the manager’s post-match thoughts in full now by clicking the video above.