Alex Neil was proud of the performances of his players in the 3-0 defeat to Manchester City at Deepdale.

Goals from Raheem Sterling, Gabriel Jesus and a Ryan Ledson own goal, all in the first half provided the visitors with the difference in the contest.

North End acquitted themselves admirably and Alex Neil knows that he can always rely on the effort from his players, who didn’t let the capacity crowd down.

Speaking to iFollow PNE, he said: “That’s one thing that we’re guaranteed with these lads, they’ll always work hard. I don’t think they let us down at all tonight.

“We shouldn’t be disheartened.

“What we should be doing is taking the positives out of the game.

“There was a great crowd tonight who were excellent for us and I thought the lads did us proud.

“We’ll take all that positivity and we’ll go into the league campaign on Saturday which is really important, and hopefully try and win that game.”

There were six changes to the PNE team that beat Birmingham prior to the Man City game but the gaffer was pleased with the make up of the starting XI, as the focus shifts back towards the Championship. 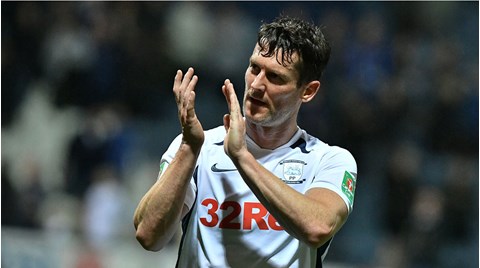 “The team selection I was happy with,” he said.

“The lads that have been playing well in other games, some of them deserved a shot tonight.

“Some of the lads who were left out, for a variety of different reasons, some felt a bit tight, one had a virus last week.

“So we just had to make sure that we put out a really good, competitive team out tonight and wanted to do as well as we could.

“But also make sure that we’re still relatively fresh come Saturday and we can give that a good go.

“What we don’t want to do is put all our eggs in one basket, and then come up short in the next one. I think the balance we struck tonight was good.”

Neil was impressed by the quality that the Premier League side possessed, and though North End dealt with some of the problems they were being caused, more would arise.

He was proud of his players’ performance, and felt their early showings deserved more than the deficit at half time.

He said: “They’ll be disappointed, naturally, by the goals we conceded, it was something we spoke about prior to the match.

“They cause you so many different dilemmas, if you stop one they have an alternative.

“What they’re capable of doing, like the first goal showed, is taking the ball no in tight circumstances, shifting their feet and getting from no speed to top speed very quickly.

“It’s a bit disappointing because at half time I didn’t think it was a 3-0 first half, in the second half we went out and stopped bits that were causing us problems; which then creates different problems because you then have to defend more crosses.

“I thought we dealt with it well and the lads who played equipped themselves well.”

You can watch the full interview with Alex Neil by clicking on the video above.