North End will entertain the Bees for the 28th time at Deepdale at the weekend, looking to narrow the gap on wins between the sides.

12 September 2019
Brentford have 23 victories to North End's 18 in league games played between the sides, but Deepdale has been a high-scoring venue for these teams.
In more than 50 per cent of the games between the sides played at Deepdale there have been four or more goals shared between the teams and, although we are probably jinxing this now, there has never been a goalless draw in PR1!
The goals started from the off, our first meeting coming in division two on Boxing Day 1933, when North End ran out 3-2 winners. The biggest wins came in February 1947, when the team triumphed 5-2 and in March 1989, when Tony's Ellis and Philliskirk, Mark Patterson and a brace from skipper Warren Joyce gave John McGrath's side a 5-3 success.
Last season's game was another high-scoring thriller, with PNE coming out 4-3 winners, whilst our main feature game here came in 2017 as we again grabbed a quartet of goals, with Aiden McGeady the tormentor of what was then Dean Smith's Bees. 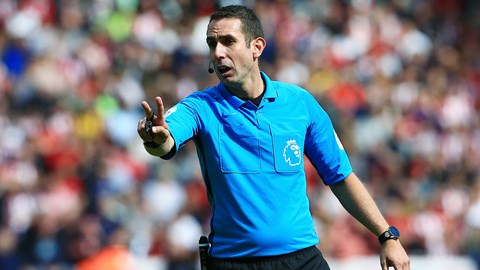 12 September 2019
Tom Field had headed the Bees into an early lead, but the Irish winger levelled with a 20-yard strike, and Callum Robinson tapped in to put the Lilywhites ahead.
McGeady curled in a fine shot for his second before Daryl Horgan slotted in his first North End goal. Maxime Colin scored a late consolation for Brentford when his deflected late effort went in off the bar.
The victory ended a run of six successive defeats for PNE against the Bees and maintained their strong run of form at Deepdale, where they had lost just twice in the last 13 Championship matches.
In-form Lasse Vibe was denied a fourth league goal in five matches for the visitors when he hit the post after the break, but Brentford could not recover the deficit and slipped two places to 15th.
Simon Grayson's side remained 11th, but within touching distance of the Play-Off places, seven points behind sixth-placed Sheffield Wednesday.
PNE manager Grayson said: "Sometimes it doesn't go your way and sometimes you get a day like today where everything you hit is a sweet connection and give the goalkeeper no chances.

"We did things better off the ball, with the ball, and ultimately we're delighted to have won the game 4-2, but if you look at the chances, we could have had a few more."
Whilst Bees boss Smith added: "I feel it's one missed because I felt we were well on top for an hour of the game really until they scored the third goal.
"We knew this would be tough, but now we've got Reading away and then Sheffield Wednesday the following Tuesday so we'll be on the road a bit.
"We have to make sure that we're better defensively. I was disappointed with our defensive organisation after the third goal. That's what's disappointing and annoying."