The Lilywhites produced a memorable afternoon on this day six years ago, as they blew away Carlisle United at Deepdale.

Loan striker Craig Davies hit a second half hat-trick as North End romped to victory over the visitors, who fell back into the League One relegation zone.

Stuart Beavon headed Preston in front and Alan Browne tapped in for 2-0, with Gary Madine replying for Carlisle with a header before half-time.

But Lee Holmes restored the two-goal lead before Davies scrambled in the fourth and tapped in to make it 5-1. He then completed his hat-trick with a thumping finish.

A bit further back, on this date 2003, Brighton & Hove Albion’s hopes of escaping the relegation zone for the first time since August were dashed by two late North End goals at the Withdean Stadium.

Brighton's Danny Cullip and Bobby Zamora were denied by the woodwork in the space of 60 seconds. But they also had the impressive Dave Beasant to thank for limiting the damage during a period of concerted PNE pressure.

The 44-year-old produced a string of fine saves after the interval, while his opposite number David Lucas was called upon several times in the first half.

Zamora and Graham Barrett both went close with headers early on, while Paul Brooker shot past Lucas' right-hand upright. Cullip saw a fierce drive cannon off the post, and the groans from the home fans had barely died down when Zamora headed a corner against the crossbar.

Lucas needed to be alert to claw out a free-kick, and he had to scramble across his goal to shepherd Simon Rodger's acrobatic effort wide.

Manager Craig Brown's half-time team talk spurred the Lilywhites into action, with Eddie Lewis and Paul McKenna both having chances in the second half.

However, just minutes after clearing off the line from Hart, Jackson put the visitors in front when he rose unmarked to thump Graham Alexander's corner past Beasant.

Beasant, who had earlier pulled off a spectacular save to deny Cresswell, had to be at his best to keep out Skora's curler. But he was also fortunate not to be sent-off and concede a penalty when he appeared to bring down Abbott.

Brown was sent from the dug-out for his protests, but his anger turned to delight when Cresswell found the top corner with a stunning finish from the edge of the penalty area.

It’s a very popular former player’s birthday today, as Joe Garner marks his 32nd birthday. The Preston-born player joined the Lilywhites in 2013 from Watford and became a fans’ favourite with his goalsoring exploits and whole-hearted style over the following three years.

It took him 17 games to get off the mark for his new club and he was not to score again for a further eight games, but once he got in his stride, the goals flowed.

By the time he left for Rangers in August 2016, he had scored 57 goals in three years including that never to be forgotten strike versus Rotherham United in the 2014 Play-Off semi-final.

The late Jim McNab, stalwart defender and midfielder of the 1960s and 70s was born 80 years ago today in Denny in the Kingdom of Fife, Scotland.

Signed from Sunderland in 1967, where he had made over 300 appearances. Over the next seven years, he added a further 245 games to his record and he gained a third division championship medal in 1971 before moving to Stockport. He ended his career on 599 appearances and with a reputation as a skilful and determined defender.

Finally, Rob Edwards played his final game for North End in 2004. A staunch left back, Rob signed from Bristol City in 1999 as a midfielder and was a regular in that year's promotion side.

He was instrumental in helping set up Mark Rankine's last-minute Play-Off equaliser the following year and appeared in the Final at the Millenium Stadium versus Bolton. He moved to the Fylde coast in 2004 and later served Exeter City with distinction before retiring with over 650 games to his credit. 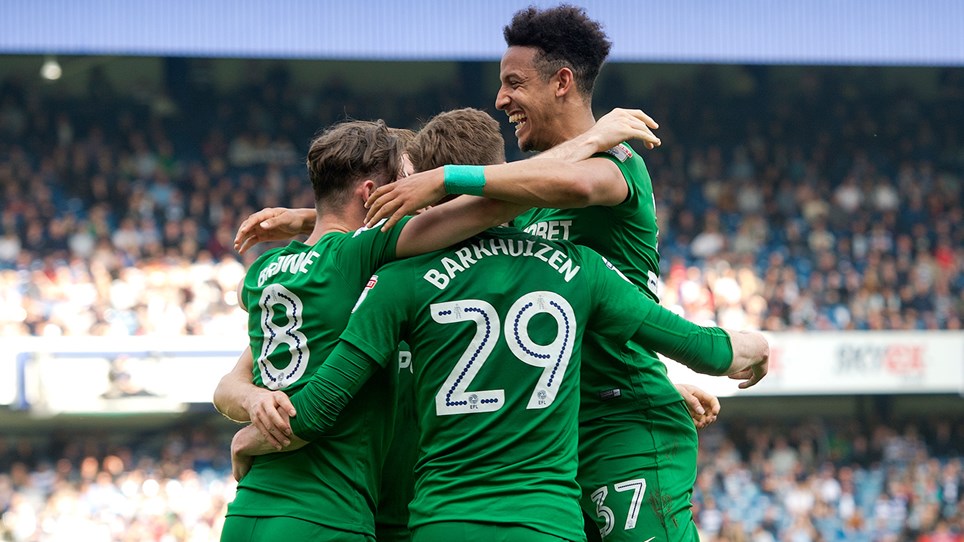 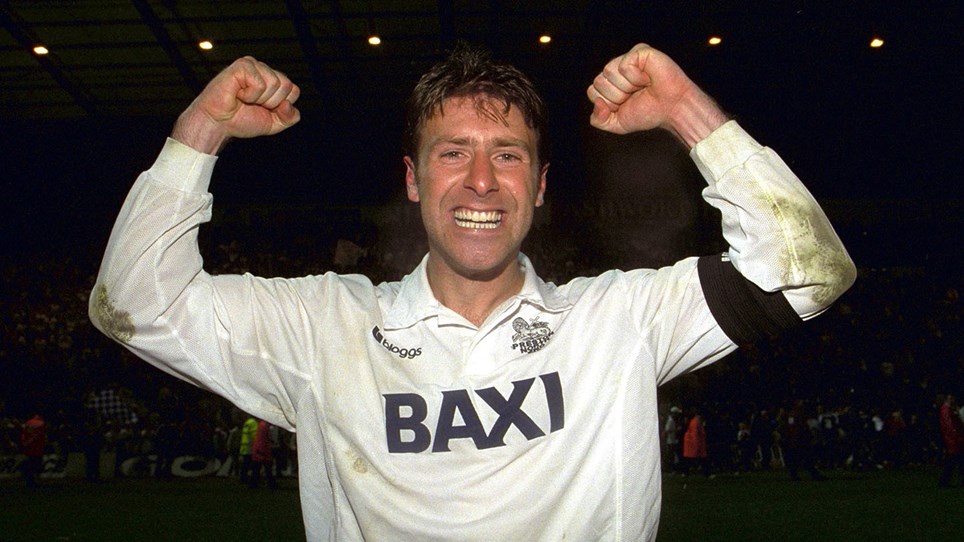 
It’s a birthday today for three very popular performers at Deepdale and we send our best wishes to them all. 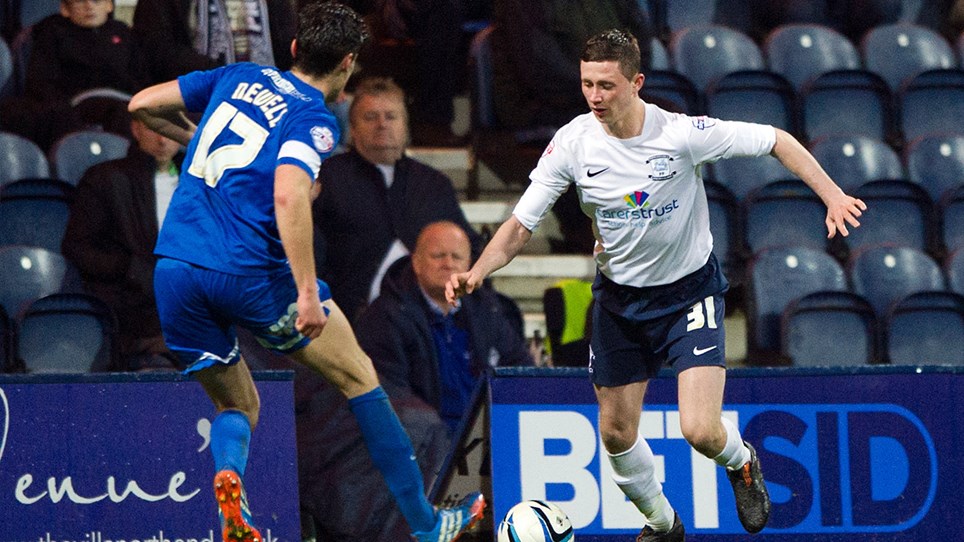 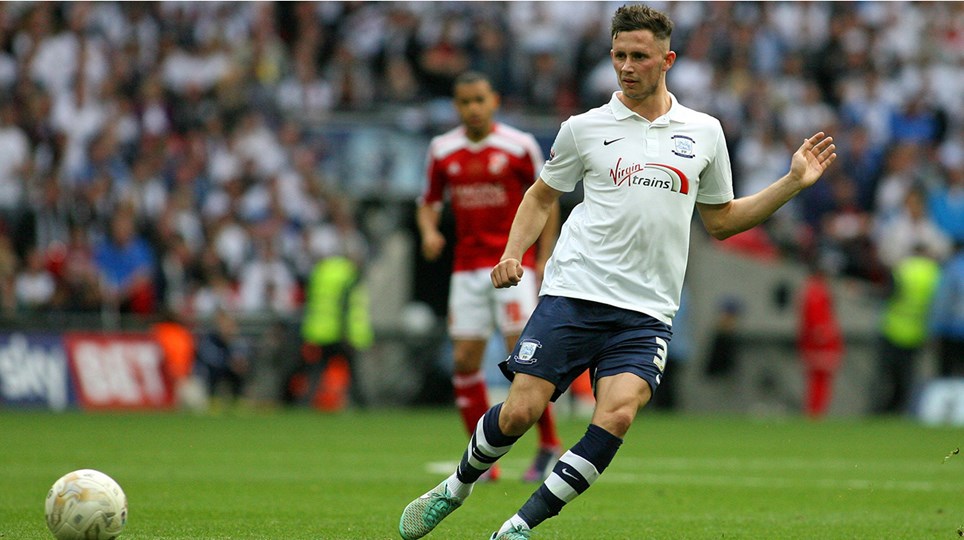