A Jermaine Beckford goal after only six minutes gave the Lilywhites their first ever away Play-Off win and a vital goal to take back to Deepdale for the second leg.

Beckford was fed by strike partner Joe Garner before coolly slotting past Tommy Lee low into the left hand corner in front of a vociferous away support.
It was an outstanding and resolute display at the Proact Stadium as bodies were put on the line and the work-rate throughout the 14 men used gave them a first leg advantage, but the home side showed enough to know it will be a very difficult game for a place at Wembley on Sunday.
It was an unchanged starting XI for the Lilywhites, with Jordan Hugill returning on the bench in place of Sylvan Ebanks-Blake, the forward back from his loan at Hartlepool United.
And it was a front foot start from the yellows, a driven cross from Humphrey blocked and a Beckford volley also blocked by Evatt inside first 50 seconds.

And it took only six minutes for North End to take the lead. Jermaine Beckford collected a ball from right by Chris Humphrey, dummied by Joe Garner, and put in a wonderfully composed finished into the bottom left hand corner to bring to life the away end.

It was all North End in the opening stages; Joe Garner had a shot straight at Tommy Lee from Beckford’s flick through in left hand channel 10 yards out.
And then just before the 20 minute mark the League One’s top marksman saw another shot blocked by former Blackpool man Ian Evatt from 15 yards after more positive build up from the right by the yellows.
In the second period of the first quarter of this two-legged tie the home side started to come into the game. The first save from Sam Johnstone came on 21 minutes to deny Gary Roberts who shot from 15 yards after a ball in by Morsy.
But just after the half hour mark a Beckford overhead kick was saved by Lee after another Humphrey driving run down the right from Garner’s clever header.
Four minutes before the interval Paul Gallagher was put through by Beckford, but he snatched at his shot and dragged it wide left from the edge of the box.
Right on the stroke of half-time the Spireites had their best spell and it took some great bodies on the line defending from North End in the box in the first of four added minutes at the end of the first half to keep their lead going into the break.
Three minutes into the second half and a significant moment as Paul Gallagher was elbowed clearly in the eye by Jimmy Ryan after fouling the midfielder, but both are yellow carded, when the home man was lucky not to receive a straight red card for violent conduct – TV replays confirming that he was lucky to escape an early bath from referee Mark Haywood.
Jermaine Beckford fired a half volley just wide of the left hand upright after flicking the ball on for himself with the half’s first chance on 53 minutes as the game returned to football action after the incidents.
Beckford was played in again after a great bit of control, turn and pass from Garner with 21 minutes left, but the on loan striker’s left foot shot was low and Lee was able to get down and smother to his left.
A save by Johnstone from Gary Roberts with 14 minutes to go was needed as the home side pressed for an equaliser in the last stages of the game; the on-loan Manchester United stopper getting down low to his left to deny the former Huddersfield Town man.
Daniel Johnson was cleverly freed on the right with five minutes left; racing to the byline before pulling the ball back for Joe Garner who had delayed his run, but the frontman scuffed his shot from 12 yards out and Lee was able to claim.

Beckford received a standing ovation from the travelling North End faithful when he was replaced by Callum Robinson with three minutes to go; the work rate of the No.10 quite unbelievable on the night. 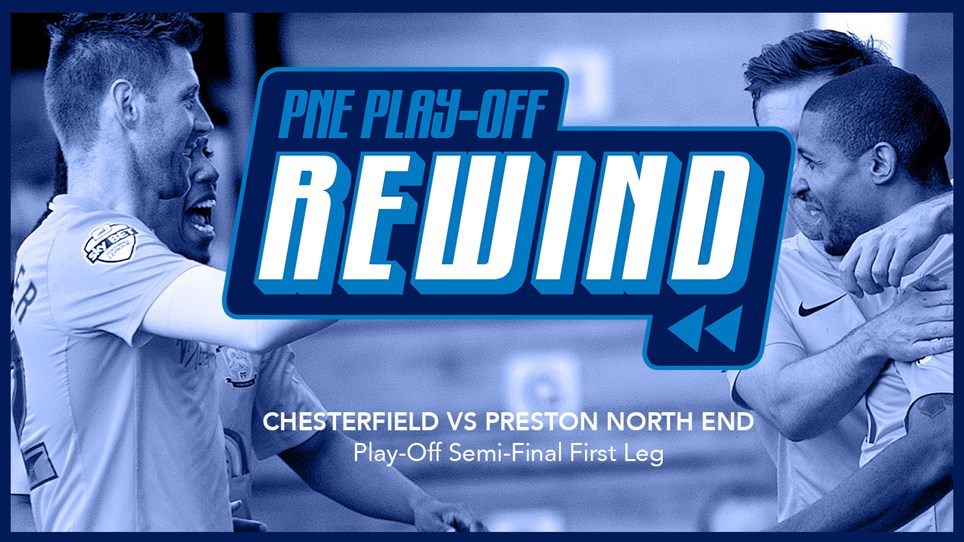 
Ahead of the screening of our 2015 Play-Off semi-final first leg against Chesterfield at the Proact Stadium, we look back on what then manager Simon Grayson and top scorer Joe Garner had to say before... 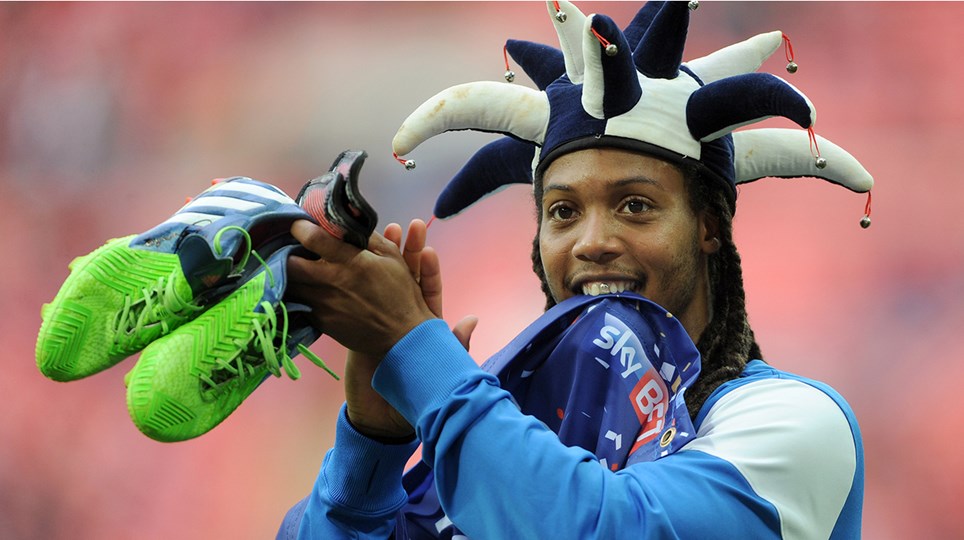 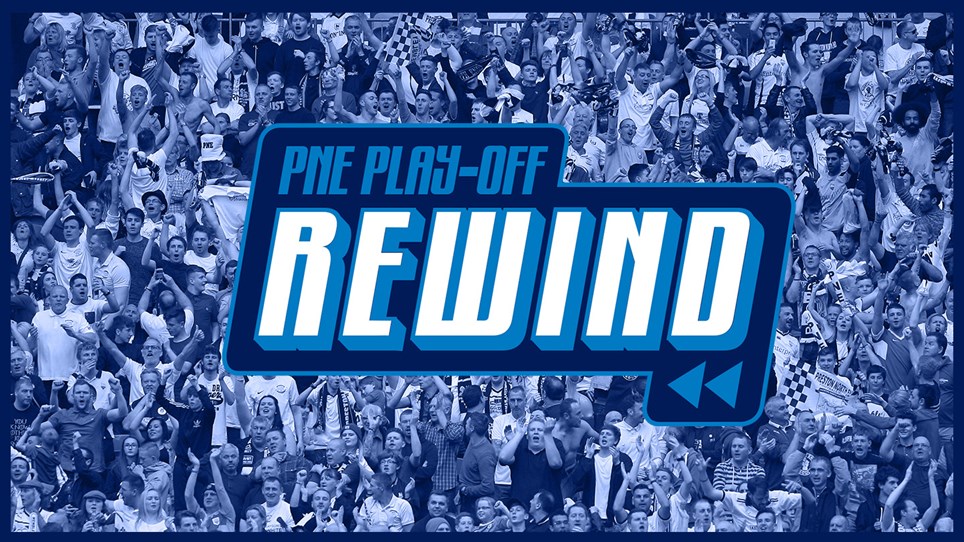 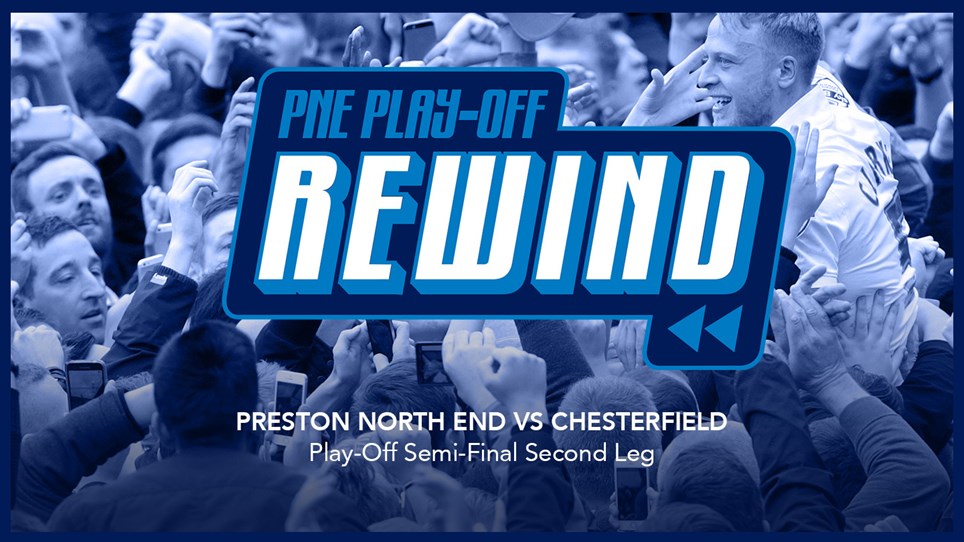 
We continue our PNE Play-Off Rewind series on Sunday afternoon as we stream the second leg of our semi-final against Chesterfield at Deepdale live on YouTube from 2pm!