North End sealed a place in the last 16 of the EFL Football Manager Cup with a 4-1 win away to Salford City.

Virtual boss James Moulding led his side to their second win in the competition, after a convincing 10-1 win over Crawley Town in the first round.

It was a virtual trip to Salford City in the second round and it was Ben Davies who gave the Lilywhites the lead on 36 minutes, putting home the rebound after a Daniel Johnson free-kick.

Salford's Jack Baldwin was then shown a second yellow card just a minute later, making it an uphill task for the hosts to get sometthing from the game.

North End showed their dominance in the second half, two superb goals in two minutes from Alan Browne around the hour mark gave North End a three goal advantage, before Daniel Johnson added a fourth on 75 minutes.

The hosts got a consolation goal in the 90th minute as Ashley Hunter finished off an impressive counter attack.

For the second game in a row, Daniel Johnson was the man of the match with a rating of 9.1/10 following a 10/10 performance last time out.

Speaking after the game, virtual boss James Moulding said: “Thank you for the support from the fans. I’ve had a cracking couple of games in charge now, hopefully there will be a few more to come as we go all the way.

”In my two games we’ve managed a total of 97 shots and 14 goals. Over the next week I’ll be working on tweaking a few things to see if we can improve the shot to goal ratio, and really hammer home the dominance.

“There will be tougher tasks ahead, but I’m fully confident we will be going all the way. Let’s hope for a local clash in the next round and I will see you all then.”

North End now head in to the last 16 of the tournament and we will have details of the draw once it has been made.

The competition was set up by the EFL alongside Football Manager to provide football fans with some competitive action while the real action remain on hold.

The tournament is also looking to raise awareness and support for the EFL's charity partner Mind. During these difficult times, their services are needed more than ever so if you are in a position to do so, please support them where you can by clicking here.

The schedule for the remainder of the tournament is as follows: 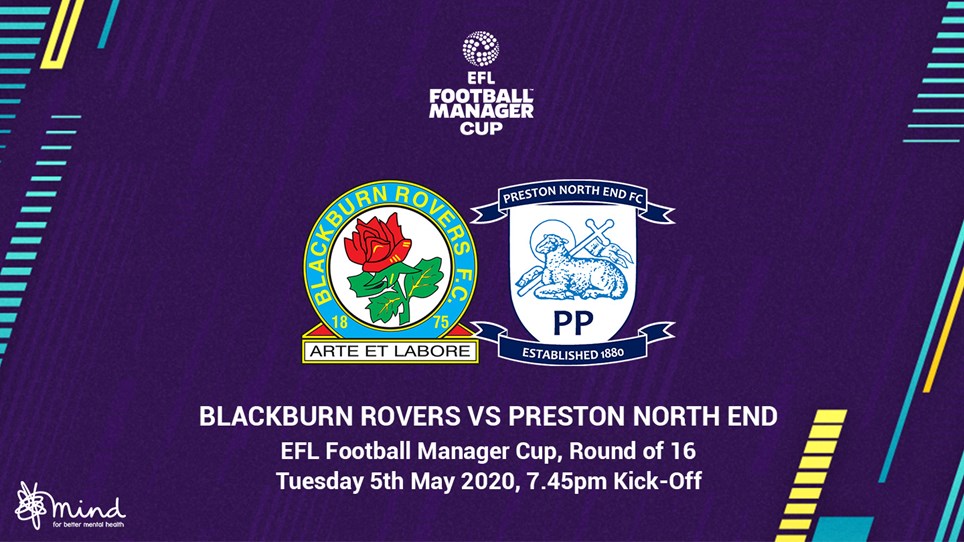 
Preston North End will take on Blackburn Rovers in the last 16 of the EFL Football Manager Cup! 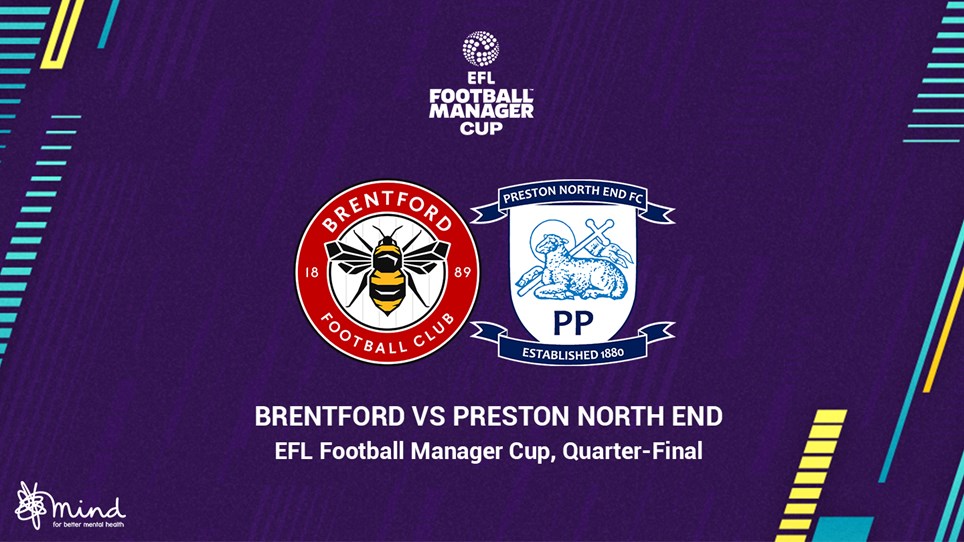 
Preston North End will make the virtual trip to Brentford in the quarter-finals of the EFL Football Manager Cup.


Preston North End will take part in the EFL Football Manager Cup alongside 53 other clubs across the EFL! 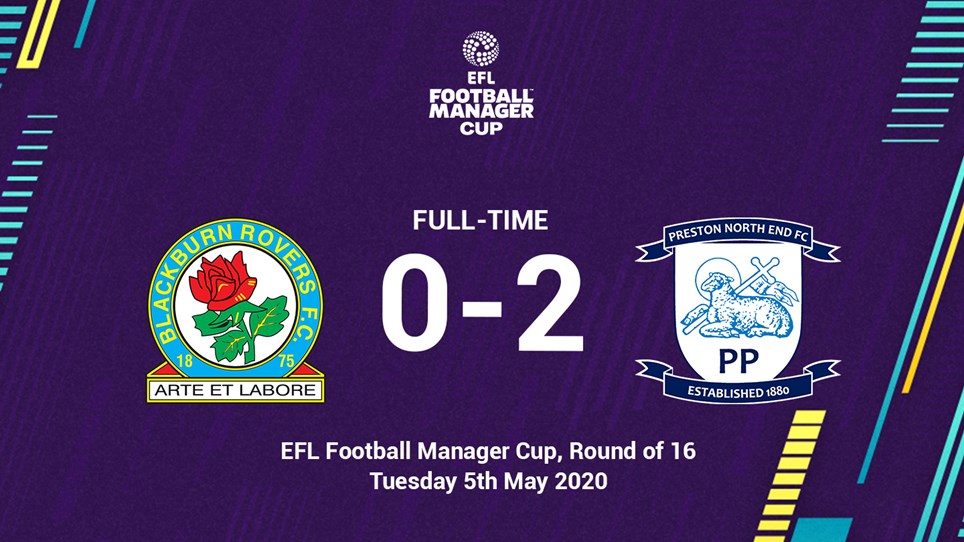 
Preston North End knocked Blackburn Rovers out of the EFL Football Manager Cup as the Lilywhites progressed to the quarter-finals of the competition.