Paul Huntington felt Mansfield Town provided a different type of opposition as Preston North End overcame the Stags with a 4-0 win in the Carabao Cup First Round.

Paul Huntington felt Mansfield Town provided a different type of opposition as Preston North End overcame the Stags with a 4-0 win in the Carabao Cup First Round. 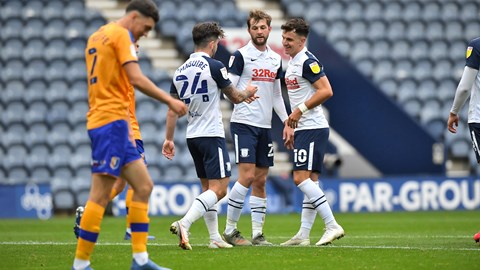 Alex Neil’s side saw the visitors hit the post with barely ten minutes played, but went onto dominate the contest with goals from Tom Barkhuizen, Sean Maguire and Patrick Bauer before the break being followed by a Josh Harrop effort 20 minutes into the second half.

Speaking to iFollow PNE post-match, Huntington admitted that early chance provided a scare, as the visitors pressed high early on, but he was always confident that they could surpass that early challenge.

“First 20 minutes we didn’t start particularly great, took a little bit to get into the game, but then when we scored the first goal, I think we were dominant and could have won by a few more goals really,” the defender said. “It’s nice to get the first 90 minutes in, we’ve only been back just over two weeks, so it’s a good workout and there’s still things to improve upon, but it’s good to get the 90 minutes in.

“We were coming up against a different formation that they played today with two strikers and we had to work hard that first 20 to 30 minutes and then we managed to get a foothold in the game, get goals and I felt we could have won by more in the end.

“As in any game, there’s no easy games, they’ve come here and they were pressing really high for that first 20 minutes. In the back of my mind I was thinking that if they’re doing it for 20, 30 minutes, they won’t be able to sustain it for 90 minutes and we managed to play through them on quite a few occasions. It’s a clean sheet and a win and through to the next round which we’ll look forward to.

“We came up against a different type of opposition. We played Tranmere the other day who are in Mansfield’s league and they sat in. It’s quite brave, quite bold to do that coming away to a Championship side, but maybe they thought that was their best way of attack.

“They created a good chance early on and then we got a foothold in the game, we settled down a bit and I thought we controlled it and we had some nice passages of play.”

Josh Earl returned to the North End side, lining up alongside Hunts in the backline, and the 32-year-old was pleased to see his defensive team-mate back after a season out on loan with both Bolton Wanderers and Ipswich Town. 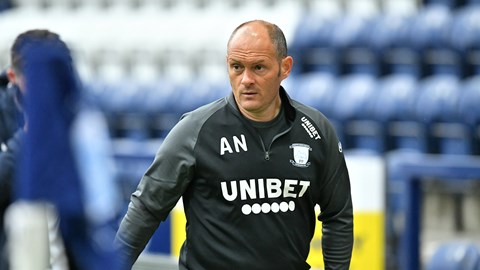 “I was pleased for Josh more than anything, he’s been out on loan and he’s got games and I think for him, the experience will have done him good. He’s a great lad, he wants to listen and learn and all the experience he’s getting both here and also last season will stand him in good stead.

“Today me and Pat both had a man each and it was just a case of if Alan Browne went and attacked then Josh Earl was on the cover, which we worked on with the manager in the preparation and I think it worked well.”

There are now just two weeks until the first Championship outing of the season when Swansea City visit Deepdale and Hunts has been pleased with the pre-season process as they continue to build up to that point.

“Pre-season is obviously really important, we’ve done a lot of work and it has been hard – you never expect any pre-season to be easy – the first two weeks have been tough.

“I think that will help us in the long run, the work that Tom Little does with us – he’s been here a long time and I know how he works – it’s more a case of getting through it rather than enjoying it! Now we’re into the games and then they come thick and fast really, especially the start of the season, now we’re in the second round of the league cup.

Watch more Hunts by clicking the video above.