Tom Bayliss impressed as Preston North End opened their pre-season campaign with a 3-1 win against Salford City, and the midfielder spoke of his ‘hunger and desire’ to kick on after a frustrating debut season. 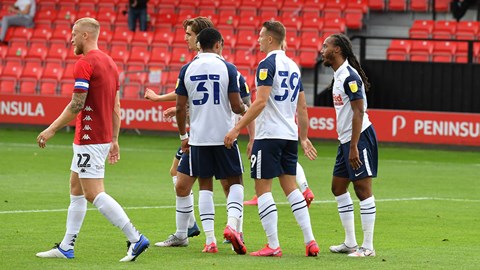 North End’s No.7 played the first hour against an Ammies side which included former PNE skipper Tom Clarke and it was in the first half that the Lilywhites put down the foundations for the win with goals from Scott Sinclair and Billy Bodin.

The midfielder watched from the bench as Josh Harrop added a third late on – having departed, alongside all ten of his team-mates, on the hour mark – and Bayliss’ overriding feeling post-match was the positive of getting 60 minutes into the tank.

“I think it’s a very good first game for us this season. They’re a good side and I think it was a good test for us, but to come away with a 3-1 win, we’re delighted.

“They’ve played a few games before us so they were physically probably a little bit fitter, but I think we coped with them well and then when we had the ball, we did well and I think it was a good for us.”

On an individual level, the 21-year-old conceded that last season was a frustrating one for him after a series of injuries, but stressed he is now only mindful of kicking on and making an impression in the 2020/21 campaign.

“Obviously last season was frustrating with injuries and stuff like that, but it’s good to kick on and get some minutes under my belt today and hopefully just take every game as it comes and get some games in the league and prove what I can do.

“I want to play as much as possible, I think every footballer does, but I’ve got the hunger and desire to play well for the team, the fans and the manager.

“I was picking up things all along the way and I was unfortunate to get injuries. I watched a lot of games and I saw a lot of football and what the manager wants here. Hopefully I can implement that this season now and kick on.

“That’s football sometimes, you get a knock, that happens. But it’s the way you come back and hopefully I can kick on in this pre-season, start the league and kick on from where I left off last season.” 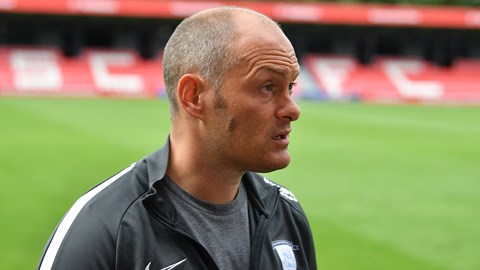 Alex Neil: “A Great Run Out”

Next up for North End is a trip to Tranmere Rovers on Tuesday afternoon, before next Saturday completes three matches against as many League Two sides – with the unusual timing, because of the Coronavirus pandemic, of the Carabao Cup First Round as Mansfield Town play visitors to Deepdale.

While that is the first competitive game on paper – and North End will continue with further friendlies thereafter in preparation for the Championship restarting in mid-September – Bayliss believes every outing of their pre-season campaign will be competitive.

“That’s what you want really in pre-season, you don’t want passive, boring games, and that’s good early in pre-season to have a competitive game against Mansfield.

Watch more Tom on our YouTube channel below or on iFollow PNE via the official PNE app.