It’s certainly not the summer break that football players are familiar with due to Covid-19 and the extended season, but Declan Rudd is enjoying time with his family before he heads back to PR1 for next week’s return to training. 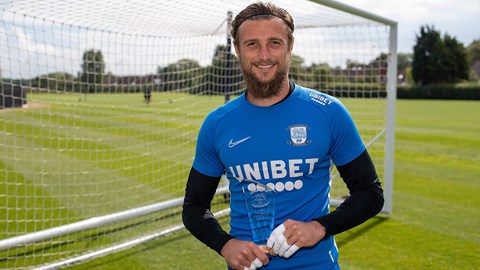 The 2019/20 campaign ended on 22nd July and the PNE squad will be back at Springfields on Thursday 13th August, meaning they will have had just over three weeks off.

Speaking about his break so far, Dec said: “I’m back down in Norfolk with the Mrs and the kids and they don’t really let me have any time to think about anything other than playing with their toys and being out in the garden but it’s great. It’s time you can have just to completely shut off and recharge.

“Lockdown was tough because it was a situation that nobody really knew how to take and I think it wasn’t easy for people to deal with.

“You can tell the difference between the time off now and the time off then that it’s just a lot more relaxed and we can enjoy our time together rather than worrying about the situation that’s going on.

“Obviously still it’s very important but at least we’re allowed to go out and see our family and stuff so it’s nice.

“The kids are enjoying waking up at half five in the morning so it’s good! I’m really enjoying being down here.

“I’m missing football already and it’s only been stopped two weeks. I think when you know it’s coming so quickly again you don’t really have time to sort of really switch off knowing that in a week’s time you’re back in and you’re going to be put through your paces again.

“It’s another pre-season about three months after the last pre-season but it’ll be good.” 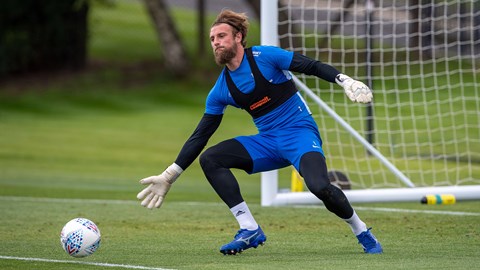 The North End squad will return to their training base in more familiar circumstances than those they found themselves in when football restarted in May as a lot of the facilities were out of action.

Precautions and procedures will still be in place but they will be able to do more of the things they are used to, such as using the dressing rooms and the gym, so it will feel much closer to normality.

PNE’s No.1 said: “Us as lads were all saying every day that we miss being in the dressing room because we were in for an hour and a half or two hours before we start training so we miss that sort of banter and the things that go on.

“We’re such a close group and to not be able to interact and to do what we’re used to doing was hard.

“We were sitting out in the rain trying to chat to each other when we were back in but now hopefully being back in the building and being able to treat it like it should be treated, we can hopefully get in the gym and that sort of stuff so it’ll definitely help get the minds back on it and feel a bit more comfortable.”

“Just to sort of get back into a proper routine will be good because it was all over the place. We never had anything like that when we restarted so it’ll be good.

“I just hope that we can come back and everyone stays fit and healthy and we can have a really good go again this season which we have done since I joined.”

Spectators missed out on the last nine games of the season as they were held behind closed doors and that will remain in place for the beginning of the new campaign, but Dec is hoping that fans can get back inside Deepdale as soon as it is safe.

“It’s rubbish playing in front of no fans: there’s no atmosphere. It just doesn’t feel right.

“Even if there’s a couple of thousand in the stadium it will make a difference but there’s no point of doing it if it’s going to put people at risk or not going to be safe because what’s the point?

“It’s a game of football and if it’s going to risk people getting ill then it’s not worth doing. It’ll be great having everyone back in the stadium, however many are allowed, but only if it’s right because it’s not going to be comfortable doing it with everyone worrying – it won’t have the same atmosphere.”