Young goalkeeper Mathew Hudson is looking to make his mark in pre-season as he continues his development.

Hudson, who came through the club's Academy, played the final half an hour of North End's opening pre-season game on Saturday afternoon and he's relishing the game time as he looks to show what he can do.

The 22-year-old impressed during his 30 minute spell between the sticks against Salford City and he's hoping to add to the experience on Tuesday when PNE face Tranmere Rovers at Prenton Park.

On Saturday's game, Matt said: "It was great, obviously it's quite new for me because in past seasons I've not really got the minutes that I would have liked to but it was great to get out on the pitch on Saturday and hopefully I can get some more minutes under my belt in the rest of pre-season. 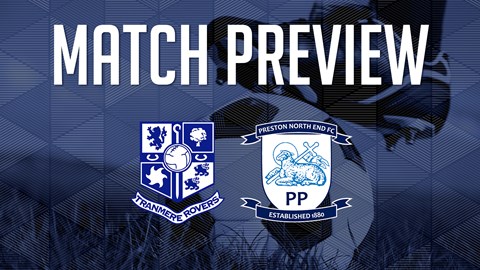 "At the moment it's just a case of taking every game as it comes and going with the flow because the games come thick and fast and before we know it the season will be upon us.

"It's been really good, I enjoyed Saturday and it was good to get that first win and hopefully we can follow it up on Tuesday.

On Tuesday's trip to Tranmere, Hudson continued: "It's League Two opposition but it's a really good team in Tranmere, a really nice stadium and it's about getting minutes under the belt, playing different teams, seeing what kind of styles they play because I'm sure it's the same kind of styles that we are going to come up against in the Championship.

"It's a case of doing our thing, going out there and trying to get that win. The more wins we can get the more confidence it's going to give the team going in to the first game of the season so it can only be a positive if we can keep winning.

"Everyone is fighting for places, pre-season is always the same and everyone is raring to go and looking to make an impression on the manager and that's definitely something that I want to do.

"If I am getting minutes I definitely want to show the people who are watching what I can do to put myself in the frame to play or be involved at least and that's got to be the main aim for everyone for every game."

Hudson also spoke of what the fans can expect from him as a goalkeeper as he explained his desire to help the team at both ends of the pitch, with distribution one of his key attributes as a 'keeper.

"Even if it means just staying behind after training to kick a few balls at a manikin or a cone, it's always been something that I've enjoyed so it's definitely one of my main attributes I would say and I would be looking to try and use that as much as I can whenever I am involved.

"It's good fun, I enjoy making assists and setting up attacks and to be honest it's more a case of just getting the ball away from the goal! The further it is away from me the less I will have to do is probably how I see it.

"You look at the likes of Allison and Ederson and 'keepers like that and they can ping the ball 90 yards and get the team up the pitch and relieve the pressure off the defenders and the midfielders. It's good to know the lads are going to run for you and if you hit the ball 90 yards they are going to run after it and it's good that we've got players in the team who are willing to do that."

While matchdays will be a key part of Hudson's development, he also explained how training with the first team squad on a daily basis, as well as with new goalkeeper coach Mike Pollitt, is providing the foundations for his future as a professional both on and off the pitch.

"When you are involved in the first team set up there are so many things you can learn from each day, not just from the goalkeepers but from the senior lads. Especially with me still being a young 'keeper, I can learn everyday from the little things that the senior players do and try and follow in their footsteps to become the right kind of professional and do things the right way.

"I'm loving it, every goalkeeper brings something different to the table. He's great, you can't deny the experience that he's got, it's fantastic. He was a Premier League goalkeeper and that's somewhere I want to get to so any little thing I can take from him every day is really good for me. I'm enjoying taking every day as it comes and learning different things every day with Polly."

Watch the full interview with Matt below or watch on iFollow via the official PNE App.