After putting pen to paper on a new deal at Deepdale, Josh Harrop is looking forward to taking his game to the next level at the club.

After putting pen to paper on a new deal at Deepdale, Josh Harrop is looking forward to taking his game to the next level at the club.

The 24-year-old signed a new deal on Thursday to remain at the club until at least the summer of 2023 and he is feeling positive about the season ahead. 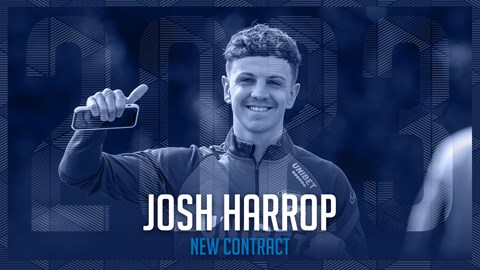 On signing his contract, the midfielder said: "I'm delighted to sign a new deal here, I can't wait to kick on now and show what I can do and do my best for the club.

"I had a bit of an injury which kept me out for a season, I felt like last season I had a good season, I scored a few goals and going in to the new season now I am confident and I can't wait to show what else I can do.

I feel like I understand the league a lot more now, I have been involved in it for a couple of years now and I just want to show the fans the best version of me, I want to excite them and score some goals this season.

Harrop feels he has already developed a lot during his time at Deepdale and feels his relationship with the manager will help to get the best out of him in this coming season.

"When you are a footballer, all you want to do is focus on football, this allows me settle down, to focus and put my all in to every game I play and that's what I like to do anyway. I wouldn't want to go in to any game not putting my all in to it, I want to put a good display in for myself and for the fans."

Watch the full interview with Josh at the top of the page.