Heading into his ninth pre-season as a Preston North End player, Paul Huntington is no stranger to the intense summer schedule. 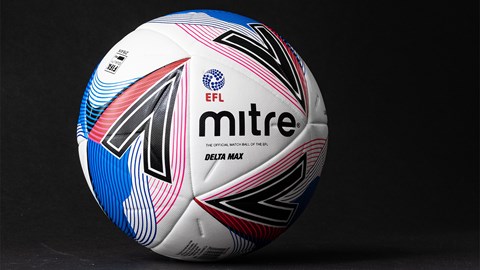 2020/21 Season Date Confirmed Across The EFL

Hunts may have experienced his fair share of pre-season training but never in circumstances like these, with the players returning just three weeks after the 2019/20 season conclusion.

“In football now usually a lot of players spend a couple of years at one club and move on, sometimes not even that long,” said the 32-year-old defender.

“But I love it here and I never get bored of coming into training. It’s always enjoyable, maybe less so the first few days or first few weeks of pre-season, but I’m looking forward to getting to see the lads again and getting going.

“It’s obviously strange being off for a shorter amount of time but they’re unique circumstances. It’s our first day back today so I’m looking forward to getting going again.

“We’re used to the weather really. Obviously the middle of August is red hot and the pitches are really firm but I’m looking forward to getting the first few weeks out the way to be honest and getting into the games and the league season which is coming round quicker than usual so we’ll take that.”

With the Championship set to begin on 12th September and a Carabao Cup tie before that, the Lilywhites will be working hard over the next couple of weeks to get themselves up to match fitness.

Hunts appreciates that the way to do that is by playing pre-season friendlies and PNE’s opponents for those warm-up matches are set to be announced next week.

He said: “I think we’d definitely prefer to be playing games. The first nine or ten days is your base fitness but that can only take you so far and then you need the match side of things which usually takes a few games to get into.

“Obviously we had the quick turnaround with a short pre-season after lockdown which was hard for the lads to get into the first few games especially.

“It’s just the little things you take for granted in the season like getting your second wind after 15 or 20 minutes and then it’s 70 or 80 minutes left and that last ten or 20 is a grind so I’m looking forward to the games.

“Obviously the League Cup is a little bit different this year which will be strange because it’s only a couple of weeks away so that’ll be interesting, but I’m looking forward to the league season starting.

“As soon as you come back you want it as soon as possible and I’m sure everyone’s looking forward to it as we are.”

Football supporters and players have grown accustomed to finding out their fixtures several weeks in advance of a campaign’s start but given the circumstances, this season will be different as the fixtures will be announced on Friday 21st August.

“We haven’t had that because it’s obviously different circumstances this year but we’ll just crack on with it and hopefully we can get the fans back to Deepdale as soon as possible.

“I wouldn’t say we struggled but it certainly wasn’t the same after lockdown without the fans there backing us. The atmosphere felt more like friendlies to be honest and it was strange.

“Obviously it had to be done but I think it will give us a real helping hand at Deepdale and hopefully we can get off to a really good start.” 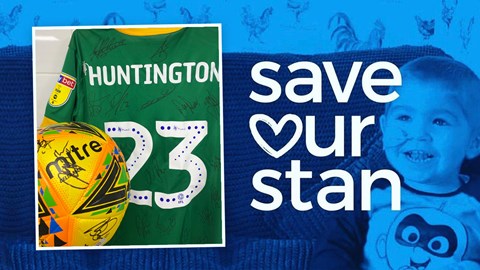 Away from the football, Hunts has been doing some really important work alongside the club in the last week or so, helping to raise funds for Stanley Dalton.

He explained: “It’s for a little boy who’s a two-year-old and he’s from my home town Carlisle. I’ve got friends who are close with his family and he’s been fighting leukaemia for quite some time now and the family were told some time ago that he would need a life-saving operation which wasn’t available in the UK.

“I think there’s been one other case of it; a young boy from Wales went over to Singapore to get the treatment for the operation he needed. It’s not straightforward, it’s not just an operation he might need, he might need other treatments.

“It might be a case of the family being over there for six months to a year so we’re just trying to raise as much awareness and obviously funds.

“The response both back home and nationally has been really good and we’re just looking to carry that on really. I appreciate the football club allowed me to put a couple of items on the website and on the eBay page.

“Obviously everyone pulls together and especially all the people who are parents themselves can put themselves in the mum and dads position, so it’s not a nice position to be in, but the young boy Stan is a fighter and I’m confident that he can get the treatment and operation that he needs and hopefully he’ll be able to live a long life.”

You can view the auction of a signed match ball and a 2019/20 signed third shirt printed with ‘Huntington 23’ here, or alternatively you can donate any amount of money you can directly to the family here.