Preston North End midfielder Ryan Ledson has agreed a contract extension until at least the summer of 2023. 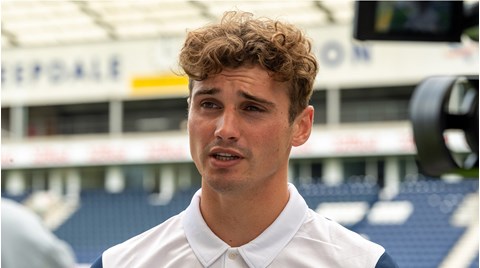 The Lilywhites’ No.18 joined the club from Oxford United two years ago and has gone on to make 45 appearances for Alex Neil’s side, including all the last six games of the 2019/20 campaign.

The former Everton youngster, who turned 23 yesterday, came through the ranks at Goodison Park and played for England through the age groups from U16s to U20s, before moving to the Kassam Stadium for first team football.

Speaking after putting pen to paper on the new contract, which runs until the end of June 2023, he said: “It was an easy decision for me. It is a club I want to be at. It is a club I moved to two years ago, it is close to home, it is the perfect club for me and I am looking forward to kicking on here.

“I have loved my time here so far. The staff have been brilliant with me; we have an unbelievable changing room and the fans follow us home and away and I am extremely happy and am made up to get it signed.”

Manager Alex Neil said of the latest player to commit his future of the club: “Ryan came into the team a lot more towards the end of last season.

"He has had to be patient, but we have seen an improvement from him and look forward to seeing his continued development – it is a good thing for him and us to get him tied up for an extended period.

“He has got the likes of Paul Gallagher and Ben Pearson who he can continue to learn from, but he more than holds his own. It is a big year for Ryan and after breaking into the side in the letter part of last season, we hope he will have a lot more minutes this year.”