The Lilywhites’ No.24 has put pen to paper on a deal that runs until the summer of 2023, extending his stay that began when he joined from Cork City in July 2017.

Since his arrival from Ireland, the 26-year-old has made 96 appearances, scoring 18 goals, including a superb finish in the final game of last season against Bristol City at Ashton Gate.

Seani’s deal with North End was due to end at the end of the upcoming 2020/21 campaign, but has added a further two years to the contract.

Speaking after signing the paperwork the centre forward said: “I am absolutely over the moon. I am heading into my fourth year at Preston North End.

“Last year was a bit disappointing in the way it ended – not making the Play-Offs – but I feel like this year can be our year with the players that we have.

“It was a very easy decision [to sign]. I have loved my last three years here at the club; playing out here at Deepdale and away from home with the following we take with us and the fans have made a massive impact on the decision I have made. 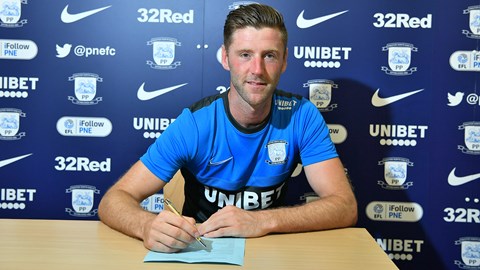 “I love the lads, the manager and the staff and I am absolutely delighted to get it done.”

Manager Alex Neil added: “Last season Sean probably didn’t score as many goals as he would have wanted, but I don’t think his goals were reflective of his performances.

“I thought there were some games where he was terrific for us. I thought Bristol City away at the end of the season he was excellent; I thought Wigan away he was excellent, so I’m sure he’ll be looking to kick himself on to another level this year.

“He’s doing what we ask him to do and he’s working hard every day. Providing he’s doing everything that he can possibly do to play as well as he can, that’s all you can ask of a player.

“One thing I will say about Sean, is that he gives you everything every day. He’s been a terrific signing for us and I’m obviously very glad he’s extending his stay.”