Preston North End forward said he did not to have to put too much thought into the decision to put pen to paper on a new contract. 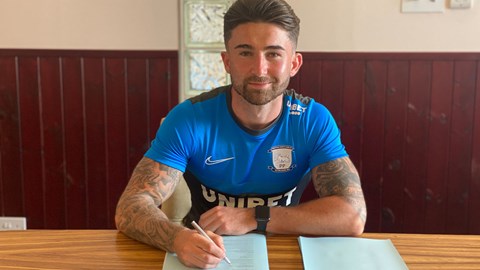 The 26-year-old Irish international striker has signed a two-year extension to his current deal, meaning he is committed to the club until at least the summer of 2023 and he was delighted to be able to do so.

Speaking to iFollow PNE, he said: “I am absolutely over the moon. I am heading into my fourth year at Preston North End. Last year was a bit disappointing in the way it ended – not making the Play-Offs – but I feel like this year can be our year with the players that we have.

“It was a very easy decision. I have loved my last three years here at the club; playing out here at Deepdale and away from home with the following we take with us and the fans have made a massive impact on the decision I have made.

“I love the lads, the manager and the staff and I am absolutely delighted to get it done.

“I am over the moon to get the contract done and now I can crack on for the season.

“It is going to be a shorter pre-season; we usually have six or seven weeks to prepare, but the boys have come back in great nick and shape and we are really looking forward to the season starting.”

Reflecting on the 2019/20 campaign the PNE No.24 is hoping to turn his efforts into a bigger goal return.

“I believe in myself,” he added. “I know I can catch fire at the start of the season. It is not rocket science that I didn’t have a great season goal tally wise [last season].

“I scored five goals, played a lot of games and I was disappointed not to score more goals.

“I leave everything out on the pitch and that is the easy part, but the fans have stuck by me and backed me through the tough times and hopefully now I can recreate the form I have shown in the last three years and I can help this club into the Premier League.”

Having settled in the area in the last three years, he feels that will help his on-field performances.

“Enjoying your football on the pitch is something I have done in the last three years and enjoying life off the pitch is just as important. I live in the area, just outside the city centre. 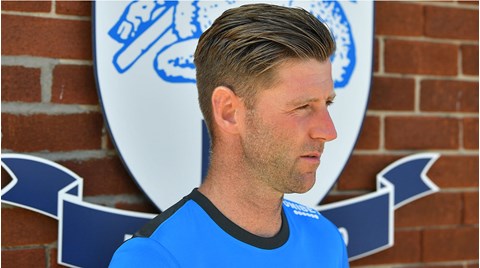 “We are very settled here. The family love coming over to watch the games and hopefully now I can bring it all together and help the club reach its goals.

“We have been in touching distance in the last three years and it has been a little bit frustrating, but we will be looking to start like we did last year and be a bit more consistent. We need to try and make the top six this year and that’s what we’ll be trying to do,” he added.

Check out the video at the top of the page for more from the interview with Seani, as he discusses looking forward to having fans back in the ground and his hope that others will follow suit in signing new deals at Deepdale.