This Friday night, one of many eager viewers of the live TV coverage will be a man who represented both clubs in recent years. 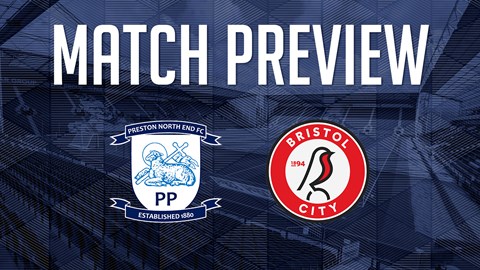 Callum Robinson had a 2015 loan spell at Ashton Gate, as well as his two loan periods and three permanent years at Deepdale and he caught up with PNE.Com after his first training session under another former North End, Sam Allardyce, who has taken over as manager at West Brom, who Robbo joined on a full-time basis in the summer.

Speaking to PNE.Com the 25-year-old forward recalled plenty of positive days against the Robins.

His record when starting against City, during his three spells with the Lilywhites, was six games and six wins, the only match he appeared in where the team didn’t pick up three points was a home draw in the 2014/15 promotion season, where he came off the bench for the last six minutes.

“I’ll be looking forward to watching the boys on Friday night,” he told the official website. “I did love a game against Bristol City - I scored a few goals against them. I went there on loan and didn’t play too many games and then weirdly I ended up always getting a goal against them after that, so they probably don’t like me too much!

“I scored a goal against them for West Brom as well, so it is a good team to play against for me. I always look forward to watching the boys; I always keep my eye out and watch as many games as I can, or the highlights, to see how they are doing, so I will be watching.

“We had a bit of a rivalry that started in that League One season, when we were up there challenging with them. To be fair to them, they had a great team and they deserved to win the league. But we had a team, probably as good as theirs and we pushed them to the wire and eventually got promoted via the Play-Offs. 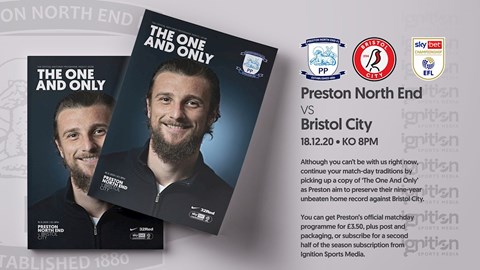 “Then it moved onto the Championship and we played against them regularly and I remember Greg scored a winner against them at their place in one game and we were both always around those places pushing for the top six, so it was a weird little rivalry.

“Bailey Wright went there as well, having come through at Preston and Josh Brownhill as well, so they were always good games and I always enjoyed them.”

Our match to remember, elsewhere on the website, saw the Lilywhites defeat City 5-0 under the lights back in April 2017 and this was another memorable night for Callum, who set up the first and grabbed a late brace and it is a game he recalls clearly.

“I remember that was a night game during midweek and they had a good team as well with the likes of Lee Tomlin and Tammy Abraham.

“I set up Barky at the start and ’Geads [Aiden McGeady] was doing what he did best that season and scored a penalty, then Skip [Tom Clarke] scored, before I was able to get two goals. That was a good night for us, even though they had some top players like Tammy Abraham, who has gone on to play for England and play and score in the Premier League a lot of times.

“I also always remember the League One game down at their place. I was happy to score, but that day I felt like a Preston player and when I first felt a big part of the team. They were top of the league and I think we went above them after winning 1-0, it was a good game.”

Since his loan spell down in Bristol, Ashton Gate has been developed and the now Baggies man has been impressed by their progress: “The owner was a big part of it and he used to come to the training ground and he chucked a bit of money at the stadium and when I was there one of the sides of the ground wasn’t there,” he continued.

“They have really built on from there and recruited some good young players and they are trying to get themselves into the Premier League. I read the year after I was there that they said they wanted to get into the Premier League within five years, so they had that ambition and have put a lot of money into it and they will hope that pays off.” 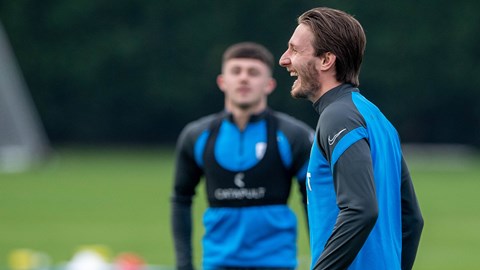 Despite his links to both clubs, there is only one side he will be backing come 8pm on Friday, when he settles down in front of the Sky Sports coverage of the game.

“I always check the score if I am playing at the same time or I try to watch if the lads are on TV. I want the lads to do well individually and collectively.

“I had a big part there and the squad hasn’t changed too much, so they are boys I spent three or four years with and I always hope that they can get the three points and get the win,” he added.