A Foot In Both Camps: Graham Alexander

As we look ahead to Saturday’s trip to Kenilworth Road, there was only one former player of both clubs to speak to, to preview the game as we caught up with Graham Alexander.

As we look ahead to Saturday’s trip to Kenilworth Road, there was only one former player of both clubs to speak to, to preview the game. 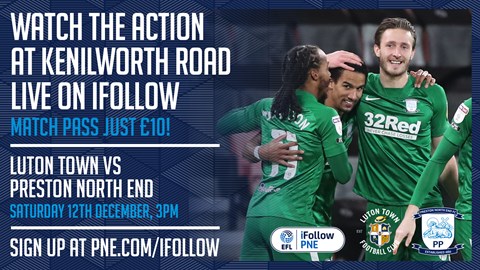 Graham Alexander served both clubs with distinction, representing the Hatters 180 times between the summer of 1995 until his move to Deepdale, when David Moyes paid £50,000 for his services in March 1999, going on to make nearly 450 appearances across his two spells with the Lilywhites.

Now awaiting a return to the dug out when his next challenge arises he has been undertaking some media work, co-commentating for both iFollow PNE and Radio Lancashire in recent weeks, so he was well informed when we can to speak to him about the match.

And he admitted it is definitely a game he will have a close eye on: “I only played for four clubs, so it is not like I keep an eye on too many,” he said. “I joined Preston from Luton and it was a good club, but it was in difficult times during that period.

“A few months after I left, they went into administration and it was a struggle. They had their downs and were relegated out of the league, with massive points deductions, but they have come back strongly and for Luton to be back in the Championship its every credit to the club.

“Nathan [Jones] joined Luton the same day as me and I know him reasonably well. It will be a tough game for Preston. I always found going back to Luton, with Preston, it was always a difficult venue to go and win at, but it will be good to see the game, because it is two of my former clubs.”

Both managers have taken the opportunity to cast their eye over their opponents this week, with Nathan Jones at Deepdale on Wednesday and Alex Neil having made the trip to see the Hatters in action at Coventry City 24 hours previous to that.

But Grezza thinks that both the bosses will be concentrating on what their teams can do, come three o’clock on Saturday, rather than worrying too much about their opponents.

“It is always better for a manager or a coach to see an opponent first hand, but, because of the schedule, that can be difficult sometimes,” he continued.

“You go rely on video analysis and your scouts, but there aren’t too many secrets in football these days, the analysis side has taken on a life of its own and the managers will have analysed the opposition strongly.

“Both managers will probably though concentrate on their own performance and their own team and look to get the upper hand.

“Preston has got one of the best away records in the Championship this season, but Luton will be aware of that and I saw Nathan and Mick [Harford] there on Wednesday night a few rows down for me and they will have done their homework. 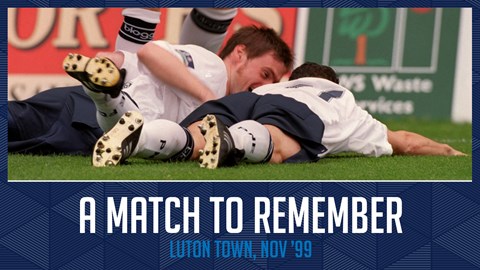 “Both teams are in that middle group of teams in the Championship, both looking to win and try and get in touch with the Play-Offs.”

The former North End No.2’s first trip back to Kenilworth Road after signing on in PR1 was eight months after his move and – as featured in our ‘match to remember’ elsewhere on the official website – he took a bit of stick from the home crowd.

But with fans set to return this weekend, he expects the atmosphere to be a positive for both of the sides.

“It was a difficult time when I left the club; a lot of player had left before me, which made my mind up a little bit as well and it was one of those things!

“I was equally as determined to win that game, as ever, because it was my first game back. I remember it well; I didn’t get a great response, but there were a few games when I played for them, when the crowd were like that as well, so I didn’t take it too personally!

“It was good to go back and win and that season we won the league as well. I played against Luton with Preston a few times after I left and scored by 100th career goal against them at Deepdale later on.

“I always found that when you talked to teams to went to Luton, they didn’t really enjoy the experience, because the ground is very unique in the way it is set up. You come out of the corner, in a very narrow tunnel and when the crowds is in, there and they get behind the team, it is a really good atmosphere.

“With 2,000 fans in there on Saturday, that will create quite a good atmosphere, as it is not the biggest ground – they could find a little advantage from that, but you would expect North End to go there with real confidence after Wednesday night’s result and their away performances so far.

“It will be a good game of football between too teams who would be hoping to be a little bit higher up in the table,” he added.

There’s loads more in our almost 15 chat with Graham, as he discusses his spell in the commentary box, the return of supporters and much more; to watch the full thing, click on the video at the top of the page.