A Foot In Both Camps: Wayne Henderson

Former Preston North End and Wycombe Wanderers goalkeeper Wayne Henderson has more reason than most to have a keen interest in Saturday’s clash between the two sides at Deepdale.

Former Preston North End and Wycombe Wanderers goalkeeper Wayne Henderson has more reason than most to have a keen interest in Saturday’s clash between the two sides at Deepdale. 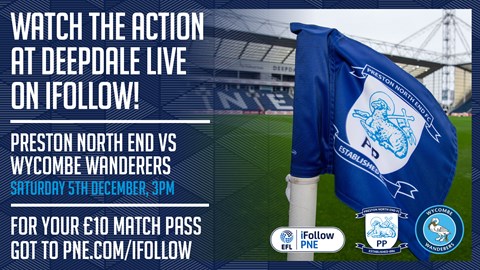 Not only did the Irishman pull on the No.1 jersey of both clubs, but he now looks after Irish forwards of both teams in his role as an intermediary.

International team-mates Sean Maguire and former North Ender Daryl Horgan are both in the YMU Group stable of players, where ‘Hendo’ now works, and he admits that it is a game he will definitely be looking to tune into this weekend.

“It is just a shame I can’t be there,” he told iFollow PNE on Zoom. “We have all been in the same boat the last few months, but it is a game I am looking forward to.

“With Daryl returning, it will be a great occasion for him, he is playing incredibly well at the moment and Wycombe have been really effective in getting their game plan across. They were really unlucky against Stoke the other night and I am really looking forward to it.”

Looking back on his time with the Lilywhites, Wayne admits that the back injury which put an early end to his career was a disappointing one, but he still loved his time with the club and looks back extremely fondly on it.

“It was really upsetting for me at the time,” he continued. “It was a big move for me to get away from Brighton to a club, who at the time were sat second in the Championship when I moved that January.

“Albeit my time was riddled with injury for the whole time I was there, I don’t think I was every happier at a football club than when I was there and that ultimately comes down to the people who run that football club.

“It was a great time. It was disappointing how it ended, but it has led me into this new life now, which I am very passionate about – I love this side of the game and being able to affect young players who are making their way in the game and established players’ careers, but that was a great part of my life.” 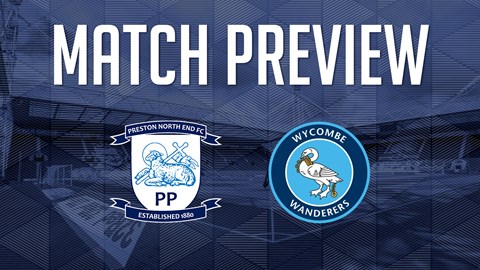 Many times we have heard the stories of players enjoying their time at the club, so what makes Preston North End such a special place?

“It’s the people, as well as the area. The people around the club take care of each other and that goes a long way, particularly in an industry where people get attacked from all sides.

Saturday sees the return of more than one former PNE winger to Deepdale, with Gareth Ainsworth – still well-respected for his three spells in PR1 – set to arrive with the Chairboys and Wayne expects them to be a handful for the home side.

“Gareth knows the game inside out and is so well respected and he gets that respect from players, he trusts them and they put everything on the line for him.

“My time there was under Tony Adams, so it was a long time ago now, about 16 or 17 years ago, so it was a bit different. 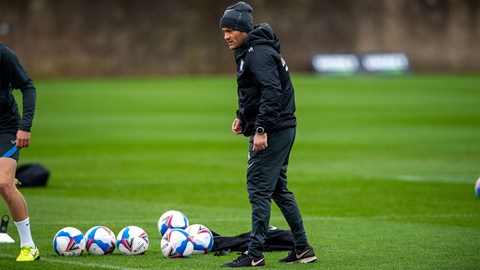 “They have played to their strengths in certain areas, but they have added in those bits of quality, like they have done with Daryl and the lad who plays at left back [Joe Jacobson] is a threat from set pieces, so they have got key parts of the pitch where they can hurt teams.

“It will be a competitive game, but I watched Preston’s game in midweek and that is as good as I have seen them this season – playing total football.

“It was good to see them get the goals off the back of that, it got a little bit ropey at the end, but they got the job done and that is the main thing.”

And he believes that one of the big pluses from the win at the Vitality Stadium was the role of Seani Maguire in leading the line for Alex Neil’s men: “I think he had that freedom to go and affect the game in areas where sometimes you want your No.9 to stay away from, but his game from start to finish was incredible and I am delighted for him.

“The team benefitted from that as well. Preston are a team that gets goals from all over the pitch and having those players available again all at the same time, which I know has impacted team selection at times this season, is what you want and seeing Seani thrive like he did the other night is exciting for everyone,” he added.

There more from the former North End custodian, including more on Seani, the No.24’s ability to win headers, on Daryl and his return to Deepdale and a sitting on the fence match prediction by clicking on the video at the top of the page.

You can watch this weekend’s game live on iFollow PNE, with coverage starting shortly after 2.30pm, with Jonathan Breeze and Graham Alexander bringing you all the action from Deepdale – and you can sign up now for a £10 match pass by clicking here.