We go back almost 20 years, to Easter Monday 2001 to a memorable away win at Oakwell as David Moyes’ North End continued their march to the Play-Offs.

The Lilywhites cruised to victory against a Barnsley side that contained now manager Alex Neil amongst its starting XI!

Barnsley made the brighter start with Neil and Carl Barrowclough testing PNE keeper David Lucas, before Darren Barnard then fired in a free-kick which just cleared the bar.

But the visitors opened the scoring on 14 minutes. A corner from the right was flicked on at the near post and Jon Macken stabbed the ball home after Ryan Kidd saw his effort blocked by keeper Kevin Miller.

The Tykes tried to get back on level terms with Barrowclough seeing his shot saved and Chris Morgan having a header cleared off the line.

Debutant striker Rory Fallon also had a header well saved by Lucas who tipped the ball over.

But Iain Anderson increased North End’s lead in the 38th minute. Macken's low cross from the right evaded everyone and Anderson, arriving at the far post, hammered the ball past Miller.

Neil Shipperley almost pulled a goal back for the home side straight afterwards. But his long-range effort was kept out by Lucas and PNE went further ahead on 57 minutes with a goal from Paul McKenna.

Macken flicked on to McKenna who was in space on the right-hand side of the area and he fired into the bottom right-hand corner of Miller's net. 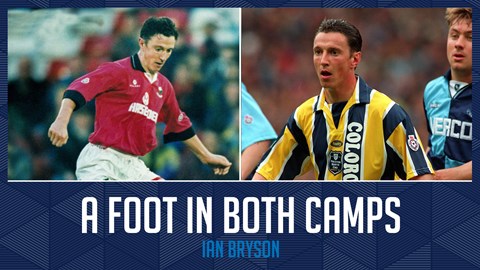 In a rare Barnsley attack, Sean Gregan threatened to score an own goal. The defender diverted the ball goalwards, but Lucas was alert to the danger and made a save.

Then, substitute Richard Cresswell completed the scoring in the 70th minute. Graham Alexander put over a free-kick from the right which was met by a firm header from Cresswell, Miller only helping the ball into the net.

After that the Lancashire side were content to sit on their lead and soak up any pressure from the home side and whilst Reds boss Nigel Spackman sent on substitutes Mike Sheron and Leo Bertos, the pair failed to pep up the attack.

Substitute Anthony Kay had a couple of efforts, putting a shot wide and seeing Lucas make a save, but it was a comfortable afternoon for the Lilywhites who maintained their place in the top six.

You can watch the Lilywhites’ clash with Barnsley on Tuesday night live on iFollow, as Guy Clarke is joined by former PNE forward Brett Ormerod, on air from around 7.15pm with all the action from Oakwell – click here now to purchase a match pass.