You could say the Lilywhites were due a home win over Middlesbrough; the last one came on Easter Monday 1972!

Since then, we have only played them on seven occasions in the league, plus two league cup ties and one FA Cup fixture, but Boro have been unbeaten in those ten games.

One of the most thrilling of those games came in October 2009, when Billy Jones grabbed a dramatic last-minute equaliser against then Colin Cooper’s men.

Boro had dominated the opening half and took the lead when Gary O'Neil, who had already been denied by Andy Lonergan, scored with a free-kick.

But Paul Parry levelled with a neat finish from a tight angle after Brad Jones has parried Jon Parkin's header.

Adam Johnson restored Boro's lead with a low shot into the bottom corner and Rhys Williams hit the post, but Jones converted a Ross Wallace free-kick.

The visiting team, encouraged by considerable away support, created a series of decent openings as Cooper took charge after the departure of now England boss Gareth Southgate.

But PNE rallied after the break and their perseverance was rewarded with their late equaliser - although the draw meant that North End dropped out of the top six.

After the game, then manager Alan Irvine said: “I'm not over-happy. We have got a point, but I look for more than just a result. There are a lot of things we will need to take out of that game and improve upon.

“We were poor in the first half. I was praying for half-time to come to address some of the issues that needed addressing. 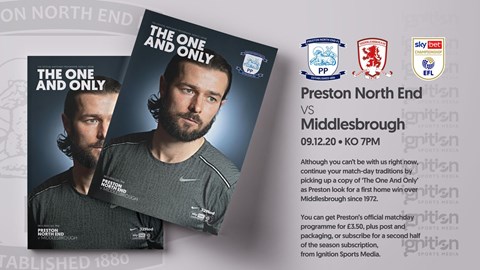 “I thought we got the response almost from the kick-off in the second half. We then started to stretch the game out a bit better than we had in the first half. They deserve enormous credit for keeping going. It's a fantastic quality to have.”

Middlesbrough caretaker manager Colin Cooper added: “Unfortunately it comes a bit too much of a coincidence when you concede two to three late goals. We should be sitting fairly close to the top of the table with the points that have gone begging.

“Hopefully we will learn and not make mistakes in a game that we should have won comfortably.”