For our look back to a previous encounter against the Chairboys, we have gone back to the day Graham Westley was appointed Preston North End manager. 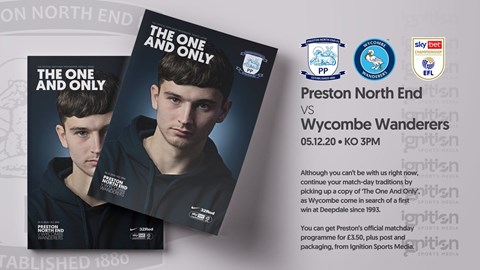 However, he was not in the dug out, as Lilywhites legend Graham Alexander took charge of the side that won by the odd goal in five against our visitors from the south.

It was 14th January 2012, our last league meeting with the side now managed by another ex-PNE hero, in Gareth Ainsworth.

The three points were hard earned by North End, as they had to come from behind to win 3-2 and inflict a fourth defeat in a row on the visitors in the League One clash.

Marcello Trotta had put Wanderers ahead, when he scored a rebound before loanee Harry Bunn tapped-in to level as Westley watched on from the Sir Tom Finney directors’ box.

The Lilywhites went in front as Jake Jervis poked home, before Welsh winger Paul Parry made it 3-1 from the penalty spot after Anthony Stewart had fouled Craig Morgan.

PNE’s Scot Steven Smith was shown his second yellow card and Trotta scored from six yards in the penultimate minute of normal time, but the hosts held on to give Alexander a winning send-off as manager.