Alan Browne admitted that it was an embarrassing display from everyone involved as Preston North End lost 3-0 to Luton Town at Kenilworth Road. 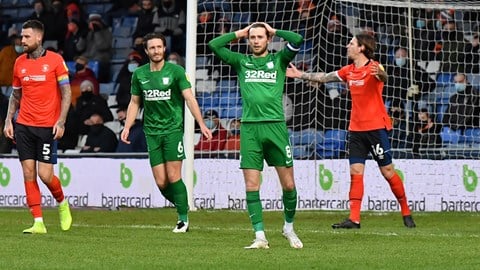 The Lilywhites were beaten by James Collins’ hattrick, which saw the hosts two goals ahead at the break, before the striker made sure of the win with just over 20 minutes remaining.

Speaking to iFollow PNE post-match, the Republic of Ireland international was visibly frustrated as he gave an honest assessment of the afternoon’s play.

“I think today is embarrassing, every single one of us, there’s not one player that can say that they had a half decent game, it was rubbish from start to finish,” he said.

“There was not even a five-minute period where we even looked good, it was the whole game, just abysmal – the worst I’ve ever seen any team play to be honest. Unacceptable is probably generous.

“You can accept it when you’ve tried, you’ve performed and you’ve been outclassed or you’ve been unlucky, which I think for the majority of the season, it’s been like that.

“Today you can’t even make an excuse, it’s an excusable, there’s no-one playing football, no aggressiveness, no-one competing, just nothing. You could have got 11 randomers from the street and they probably would have done better to be honest.”

As skipper for the afternoon, the midfielder conceded that wearing the armband made the defeat even more sore, but added that he couldn’t be overly critical of his team-mates when he felt his own performance was lacking.

“I can’t be shouting at other people when I’ve been rubbish myself. You can’t do much more, there’s only so much shouting you can do, but if you’re going to play that badly, it’s not going to fix anything. It just needs to be forgotten about and that’s probably the best thing to do to forget it ever happened, to be honest.” 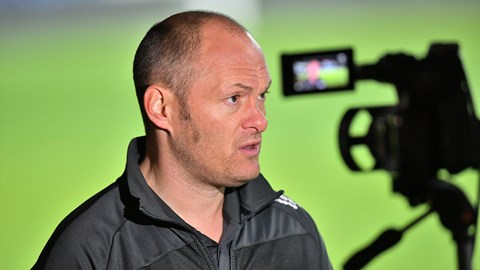 The Lilywhites’ No.8 said there was no option but to move on as quickly as possible and look to put things on right on Tuesday night with the visit to South Yorkshire to face Barnsley.

“It’s up and down in football so hopefully we can go and put things right. It’s a hard one to take tonight just because of how poor we’ve been. You’re always going to lose games in football but to lose in that manner, it’s just unacceptable.”

Browney's post-match interview will be available in full soon.